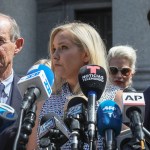 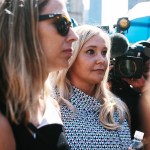 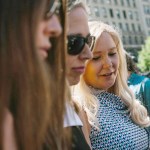 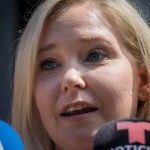 Virginia Giuffre is telling her story after accusing Prince Andrew of allegedly forcing her to have sex when she was 17. Here’s what you need to know about her allegations and the prince’s rebuttal.

Virginia Giuffre, 36, gave her first broadcast interview on December 2 after accusing England’s Prince Andrew of sexually assaulting her when she was just 17 years old. Giuffre, one of convicted sex offender Jeffrey Epstein‘s victims, alleged that the late billionaire, one of Prince Andrew’s friends, trafficked her to London to have sex with the Duke of York three times between 2001 and 2002. Giuffre detailed what happened during the alleged assaults in the BBC interview, which came shortly after the prince denied it in a disastrous interview on the same network. Here’s five fast facts to know about Giuffre, and the controversy:

1. She called an alleged, forced encounter with Prince Andrew “quick and disgusting.” Giuffre told BBC that forced sex with the duke for the first time “didn’t last very long. The whole thing, procedure — it was disgusting. He wasn’t mean or anything. He got up and said thanks and walked out. I sat there in bed and felt ashamed and dirty.” Giuffre said she was, at the time, allegedly one of Epstein’s “sex slaves,” and told by Epstein’s alleged fixer, Ghislaine Maxwell, to “do for Andrew what I do for Jeffery — and that made me sick. I just didn’t expect it from royalty. I didn’t expect it from someone people look up to and admire in the royal family.”

2. She allegedly met him at one of Epstein’s properties. Giuffre didn’t say which one; the billionaire, who committed suicide in his jail cell in August 2019 after being convicted of sexual assault, had properties in New York City, London, and the US Virgin Islands. She also claimed that she was forced to dance with Prince Andrew at a London nightclub. “It was horrible, and this guy was sweating all over me, his sweat was like it was raining,” she said.

"I’m calling BS on this, because that’s what it is.”

Prince Andrew says he has no recollection of meeting Virginia Giuffre, nor of any photo being taken with her and he emphatically denies he had any form of sexual contact or relationship with her. pic.twitter.com/aqQ76kpPHI

3. Prince Andrew claims they’ve never met, even though there’s a photo of them together. The photo was taken at Epstein’s mansion in New York between 2001 and 2002, and shows Prince Andrew smiling with his arm around her waist. Maxwell is smiling in the background. He denied all of Giuffre’s allegations during his November Newsnight interview. “It didn’t happen. I can absolutely categorically tell you it never happened,” the duke said. In his clunky interview, reportedly arranged by his daughter, Princess Beatrice, he made the bizarre claim that he couldn’t have “sweated all over” Giuffre, as he had a medical condition at the time that made it impossible for him to sweat.

4. She shot back at Prince Andrew for his excuses. “He knows what happened, I know what happened. And there’s only one of us telling the truth, and I know that’s me,” she said during her BBC interview. “I’m calling BS on this, because that’s what it is.”

5. Buckingham Palace denied Giuffre’s claims in a statement to CNN: “It is emphatically denied that The Duke of York had any form of sexual contact or relationship with Virginia Roberts. Any claim to the contrary is false and without foundation.” Following his Newsnight interview, the duke stepped down from his royal duties; Queen Elizabeth II also cancelled his birthday celebration.