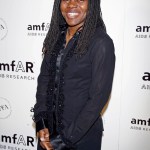 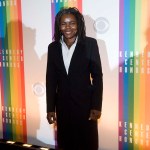 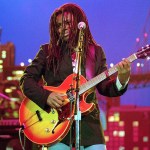 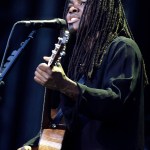 Tracy Chapman — the singer best known for songs like ‘Fast Car’ — just won her copyright lawsuit against Nicki Minaj. Before Nicki forks over the $450k she owes, here’s what you need to know about Tracy.

Tracy Chapman’s copyright infringement lawsuit against Nicki Minaj is closed, and she’s now $450,000 richer, according to documents obtained by The Hollywood Reporter. In the legal filings, which became public on Jan. 7, Nicki, 38, reportedly offered that amount to settle the dispute over the leaked song, “Sorry.” The song contained an unauthorized sample of Tracy’s “Baby Can I Hold You,” and apparently, Tracy, 56, accepted the terms. By accepting the deal, Tracy and Nicki will avoid going to trial over the song later this year (and Tracy avoids having to pay the trial costs if Nicki were to win the clash.)

Tracy filed her lawsuit in October 2018, a couple of months after Nicki released her album, Queen. “Sorry,” a collaboration with Nas, was not included on the album. However, Nicki allegedly gave the song to Funkmaster Flex, who played it on his Internet radio show. Nicki did try to get permission to use “Baby Can I Hold You,” but Tracy is known to be on the “do not sample list,” an informal collection of artists known for not allowing other artists to sample their work. Nicki initially won a Sept. 2020 ruling that said she had a fair use right to create “Sorry.” Distributing the song, however, was a whole other matter.

For those who need a refresher, here’s the scoop on Tracy Chapman:

1. She is a highly regarded performer… Tracy Chapman, born March 30, 1964, is best known as an American singer-songwriter. She was born in Cleveland, Ohio, and was raised by her mother. Despite not having much money, her mother bought three-year-old Tracy a ukulele, forging a love of music that would last a lifetime. Tracy won an academic scholarship where she studied in Connecticut and attended Tufts University in Massachusetts. By that point, she had graduated to guitar and honed her chops playing the Boston folk circuit. In 1987, she signed with Elektra.

2. …and multi-Grammy Award winner. Shortly after that major label deal, Tracy announced her arrival onto the music scene with her 1988 self-titled release. Tracy Chapman earned her six Grammy nominations, including Album of the Year. She won Best New Artist, Best Female Pop Vocal Performance, and Best Contemporary Folk Album. Her debut included “Fast Car,” a song that would become one of her signature tunes. In 1995, she experienced a similar level of commercial and critical success with New Beginning, an album that contained her Platinum-certified hit, “Give Me One Reason.” In the decades since, Tracy continues to record and perform for audiences around the world.

3. She is socially active. “I’m approached by lots of organizations and lots of people who want me to support their various charitable efforts in some way. And I look at those requests, and I basically try to do what I can,” she told NPR in 2009. “I’ve supported Amnesty International for all these years. And as you probably know, it was because of the Amnesty International World Tour in 1988 that I was introduced to an international audience.” Tracy has also worked with charities helping out the Cleveland public school system.

4. Tracy is known for being private. Not much is known about Tracy’s personal life, and she would like to keep it that way. “I have a public life that’s my work life, and I have my personal life,” Tracy said in 2002, according to the About Tracy Chapman website. “In some ways, the decision to keep the two things separate relates to the work I do. I don’t think I would have anything interesting to write about if I didn’t give myself time to have a life, to hang out with my friends or read a book or travel someplace I’ve always wanted to see. It can be a very odd or unreal lifestyle being a musician, going from one hotel room to the next.”

She’s not fond of being famous. When Tracy sang “Talkin’ Bout A Revolution’” on the Nov. 2, 2020, episode of Late Night with Seth Meyers, it was a big deal. Her previous televised performance was on a 2015 episode of The Late Show with David Letterman. Despite all her renown and respect, she never really has gotten the hang of fame. “Being in the public eye and under the glare of the spotlight was, and it still is, to some extent, uncomfortable for me,” she told the Irish Times in 2015, “but there are some ways by which everything that has happened in my life has prepared me for this career. But I am a bit shy. … I have this personality that is a bit on the reserved side and which had never really sought out the limelight. That has made me perhaps not the ideal person for this job.”