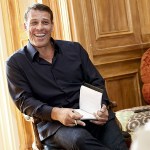 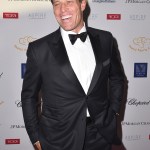 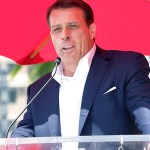 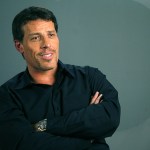 Tony Robbins — a well known motivational speaker, who’s had the likes of Kim Kardashian at his seminars — has been accused of sexual misconduct by numerous women. Here’s 5 fast facts about the self-help expert.

Tony Robbins, 59, was hit with a slew of sexual misconduct allegations in a new BuzzFeed News article, published on May 17, 2019. The outlet stated that it spent one year investigating the claims made my multiple women — some of whom worked for the motivational speaker at one point in time. “A yearlong investigation by BuzzFeed News, based on leaked recordings, internal documents, and dozens of interviews with fans and insiders, reveals how Robbins has berated abuse victims and subjected his followers to unorthodox and potentially dangerous techniques,” the article states. “And former female fans and staffers have accused him of inappropriate sexual advances.” — Learn more about Tony, below.

1. Tony is an American author, philanthropist, motivational speaker and life coach from North Hollywood, CA. — Born Anthony J. Mahavoric on February 29, 1960, Tony is known for his seminars and self-help books, including best-sellers UNSHAKEABLE: Your Financial Freedom Playbook and Awaken The Giant Within. In 2015 and 2016 he was listed on the Worth Magazine Power 100 list. Tony is the eldest of three children, and has said that his home life was “chaotic” and “abusive”. When he was 17, Tony left home and never returned. He grew up extremely poor and raised his younger siblings himself, in an attempt to protect them from their abusive alcoholic mother. “I grew up dirt poor,” he told ABC News in 2015. “So I wanted to do something, and I have a unique gift most people don’t know.”

2. He has (or had) an impressive roster of celebrity followers. — Tony’s claimed to have helped countless famous faces including, Aerosmith, Green Day, Usher and Pitbull, according to his website. He’s even worked with President Bill Clinton, Oprah, and Serena Williams. The Kardashian family once attended a seminar by Tony titled, “Unleash The Power Within” at the University of Southern California back in March of 2017. Kim and Kourtney Kardashian, along with sister Kendall Jenner and Kim’s husband, Kanye West all attended.

3. Tony garnered much attention for his “firewalk”, which includes the task of walking across burning coals. — “The firewalk, essentially, is a metaphor for whatever it is that is stopping you or holding you back from living a fulfilled life. Walking over those hot coals is a symbolic experience that proves if you can make it through the fire, you can make it through anything,” Tony’s website explains. During a June 2016 seminar of his in Dallas, approximately 40 people were seriously injured after attempting the firewalk.

4. Tony has given back to charity after his enormous success. — He is reportedly worth around $500 million and has generously given back after his own experiences growing up poor. He is a partner in the Feed America organization, which has provided food to over 46 million people through food banks throughout the United States. Tony has a goal to “provide a billion meals by 2025,” according to his website.

5. He’s had an interesting personal life. — Tony married Rebecca “Becky” Jenkins in 1984, after they met at one of his seminars. The couple divorced 1998. In 1984, Tony fathered a child while he was married to Becky, with former girlfriend Liz Acosta. His son’s name is Jairek Robbins.Tony married his second and current wife, Bonnie “Sage” Humphrey in 2001. The couple reportedly resides in Palm Beach, Florida.