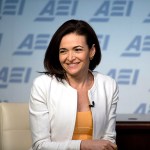 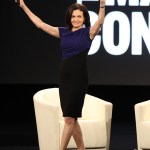 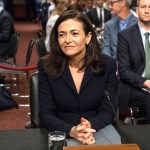 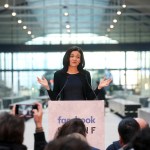 Here’s one status update that Sheryl Sandberg is going to click ‘LOVE’ on. Five years after the death of her husband, Dave Goldberg, the Facebook boss just got engaged to Tom Bernthal. Get the scoop on her new fiancé.

An engagement is truly not official until it’s Instagram Official, especially when you’re one of the most official Officials for the company that owns Instagram. “Engaged!!!” Sheryl Sandberg, 50, captioned the photo that announced her forthcoming nuptials with 46-year-old Tom Bernthal. In the photo, Facebook’s Chief Operating Officer looked so in love with her long-term boyfriend-turned fiancé. “You are my everything,” she told Tom. “I could not love you more.” Sadly, she didn’t share a picture of the engagement ring, but that didn’t take away the joy from her announcement. In fact, many of her friends and coworkers filled the comments section with well-wishes.

“Sooooo happy for you and Tom Bernthal and your families,” wrote Marne Levine, Facebook’s Head of Global Partnerships and Business/Corporate Development. “You have a wonderful relationship built on love, admiration, respect, shared values, and fun, and I know you will build a beautiful life and marriage together. I’m thrilled you found each other and wish you so much love and happiness in the years to come.” Katie Couric sent “Congratulations” to the happy couple, and Instagram’s official Instagram account congratulated her. It doesn’t get any more Instagram Official than that.

1. He’s a businessman. Tom Bernthal is the co-founder and CEO of Kelton Global, a Los Angeles-based strategic consulting agency. He and his partner, Gareth Schweitzer, launched their market research and consulting firm in March 2002, according to Heavy.com. Both Gareth and Tom have a journalism background, and Tom’s bio on Kelton’s website says he brings a “journalist’s eye for the human story to the world of insights and strategic marketing…. Tom is a natural-born listener; it’s his ability to intuitively understand what clients need and how Kelton can help that’s led to the company’s success and growth across the globe.”

2. He’s an Emmy Winner. Tom began his professional career in politics. He served one year in the White House for President Bill Clinton, and in June 1996, he transitioned over to journalism. As a producer with NBC News, he contributed to TODAY, the Nightly News, Dateline, MSNBC, and CNBC. His LinkedIn lists him as a three-time Emmy award winner.

3. He has a famous brother. Marvel fans might recognize the last name Bernthal because Tom’s brother Jon Bernthal portrayed Frank Castle on Marvel/Netflix’s television series The Punisher. Tom is also known to Walking Dead fans as Shane Walsh. He’s also appeared in The Wolf of Wall Street and The Accountant.

4. He reportedly has three children. A man who is oddly private (for someone now engaged to the head of Facebook), Tom has a private Instagram and he keeps most of his personal life off his Facebook page. However, People reports that he’s a father of three, which is excellent! He and Sheryl will have a blended family because she has a son and a daughter.

5. He met Sheryl through her late husband’s brother. Sheryl has been married twice before. She first wed Brian Kraff in 1993. In 2004, she married Dave Goldberg, then an executive with Yahoo!. The two would welcome the previously mentioned a son and a daughter. Tragically, Dave died unexpectedly in May 2015 while at a resort in Mexico. Five years later, it appears that Sheryl’s heart has healed, and it seems she has the goodwill of Dave’s family. As it turns out, Sheryl and Tom were first set up last spring by her former brother-in-law, Rob Goldberg, according to People, who was a mutual friend of both her and Tom.