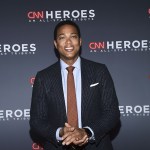 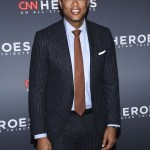 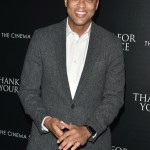 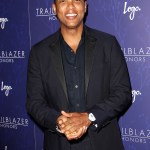 Don Lemon is getting married! The CNN host announced that his longtime boyfriend, Tim Malone, popped the question in the sweetest way. Before they tie the knot, learn more about the man soon to be Don’s husband.

Congratulations to Don Lemon and Tim Malone! The Tonight with Don Lemon host from CNN, 53, got engaged to his longtime boyfriend on April 6, and it looked positively magical. Tim proposed on his 35th birthday by getting their two adorable dogs, Boomer and Barkley, involved. He put special tags on the pups’ collars that read, “daddy, will you marry papa?” Don posted the proposal on Instagram, captioning the pic, “He gave me a present on his birthday. How could I say no?” So cute! Let’s learn more about Tim, the man that captured the CNN anchor’s heart:

1. He’s a real estate agent in New York City. Tim, who lives in Harlem with Don and their two dogs, works as a real estate agent for the elite Corcoran Group where he sells million dollar properties. Some of his sales include $19 million townhouse on the Upper East Side, a $4.4.million property in Carnegie Hill, and a $4 million condo in Midtown West. He also helped sell a massive, $39.5 million condo on Central Park South. His bio on the Corcoran website reads, “When selling, purchasing or renting your biggest personal asset, you want the strongest marketing experience, the highest level of trust and a real estate agent that will have your back.

“I am jumping into NYC Real Estate after a decade in the media and advertising industry marketing some of the biggest brands in the world. I am confident in my ability to problem solve and my commitment to personal service, and have no doubt these qualities will help get real estate deals done quicker with less friction.”

2. He spent 11 years working in media and advertising. Before becoming a real estate agent in 2018, Tim worked in the same field as his fiancé. Shortly after graduating from Boston College in 2016 with a BA in journalism, Tim joined NBC news as a production assistant for TODAY. He moved on to the sales department for USA and SYFY in 2018. He started at the NBC sports department in 2008, where he worked for five years. Later, Tim held a director role at Billboard and was briefly an executive director at Jukin Media.

3. He and Don have been together since 2017. It’s unclear how the couple met, but they’ve dated for two years. Tim first posted on social media about the CNN host on July 30, 2017, when he shared a video of the two of them jumping off a boat on vacation. Don basically used The Secret to materialize their relationship. During CNN’s 2017 New Year’s Eve broadcast, Don memorably got tipsy on camera at a bar in New Orleans with co-host Brooke Baldwin. He spilled his guts on-air after throwing back a few more shots of tequila, confessing to the cameras, “I need a little bit more balance in work/life. I may be open to a relationship this year.” CNN eventually cut his mic after he said, “yeah, I’m lit,” and “2016 sucked.” We see no lies!

He gave me a present on his birthday. How could I say no?

4. They kissed live, on air during CNN’s 2018 New Year’s Eve broadcast. Don, who co-hosted the news channel’s New Year’s Eve celebration, rang in the New Year by pulling Tim on camera and kissed him at midnight. “I love you, baby,” Lemon said before leaning in for the kiss. “Happy New Year.” How romantic is that?

5. He’s a marathon runner. Tim wrote in his Corcoran bio that he loves running, and that “when I am not working, you can find me working out, spending time with family and friends and traveling. I have completed the Boston Marathon and the NYC Marathon twice but always looking for new running partners for motivation.”