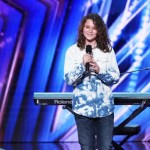 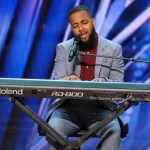 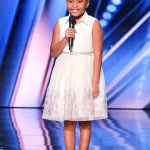 The ‘AGT’ season 16 auditions continue, and Storm Large will be taking the show by *storm* on June 15. Here’s what you need to know about this singer who has a long history in the business.

America’s Got Talent always has incredible singers audition for the show. The judges and the audience will meet Storm Large during the June 15 auditions. The 51-year-old is no stranger to reality competitions, having appeared on several in years past.

Storm has a powerful presence on stage, and her vocals are truly amazing. She’s an standout performer who could make it very far in season 16. From her other TV appearances to past performing history, HollywoodLife has 5 key things to know about Storm.

1. Storm was a finalist on a CBS show.

Storm first rose to fame on the CBS reality show Rock Star: Supernova. The show featured contestants competing to be the lead vocalist of a new rock group that featured Tommy Lee, Jason Newsted, and Gilby Clarke. Storm was eliminated the week before the finale.

2. She toured with the band Pink Martini.

Storm made her debut as a guest vocalist with the band in 2011, according to her bio. She toured with the band that year. Storm was featured on Pink Martini’s 2013 album Get Happy. She also joined the band on their world tour as a co-lead singer.

3. Storm has published a memoir.

She released her memoir, Crazy Enough, in 2012. At the time, her book was named Oprah’s Book of the Week. Crazy Enough was also awarded the 2013 Oregon Book Award for Creative Nonfiction.

4. She’s made several other TV appearances.

Storm was a guest on The Ellen DeGeneres Show in 2006. She also appeared on the season finale of the reality show The Contender, which aired on ESPN. Storm performed the national anthem at the opening home game for the Portland Trail Blazers in 2006.

Storm performed in San Francisco clubs throughout the 1990s. After growing “tired of the club scene,” Storm moved to Portland to “pursue a new career as a chef,” her bio revealed. However, a cancellation at the Portland club Dante’s in 2002 turned into a regular gig for Storm and her new band The Balls.