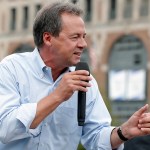 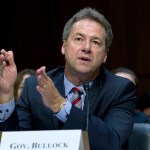 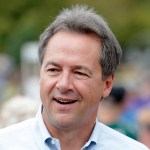 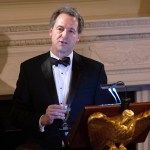 Montana Governor Steve Bullock announced that he’s running for president in 2020, becoming the 22nd Democrat vying to topple Donald Trump. Does he even have a chance at winning?

Governor Steve Bullock, 53, of Montana, announced on May 14 that he’s yet another Democrat trying to take down President Donald Trump in 2020. Bullock, who was elected governor in 2012 after serving as the states attorney general for four years, becomes the 22nd Democrat to enter the presidential race. Now, he’ll face a difficult battle of distinguishing himself from the nearly two dozen other candidates, and prove he has what it takes to oust Trump. Learn more about the governor and his proposed policies:

1. He’s focusing his campaign message on the problems with campaign finance. As Bullock said in his announcement video, “I believe in an America where every child has a fair shot to do better than their parents. But we all know that kind of opportunity no longer exists for most people; for far too many, it never has. We need to defeat Donald Trump in 2020 and defeat the corrupt system that lets campaign money drown out the people’s voice, so we can finally make good on the promise of a fair shot for everyone.”

2. He’s touting the fact that he won a heavily Republican state in 2016. While Trump won Montana in 2016 by more than 20%, Bullock, who first became governor in 2012, was reelected governor by just 4%. The fact that a Democrat won a state that backed a Republican president may work in Bullock’s favor, and he’s emphasizing that in his campaign. “As a Democrat governor of a state Donald Trump won by 20 points, I don’t have the luxury of just talking to people who agree with me,” Bullock said in his announcement video.

3. While he’s historically had moderate views, he’s now supporting more liberal policies. Though appealing to the middle has become a common message among the 2020 candidates, Bullock has started adopting more liberal stances. Recently, he’s announced his support for an assault weapons ban; he’s expanded Medicaid in Montana, and worked to protect public lands.

4. He’s facing an uphill battle when it comes to distinguishing himself in a crowded Democratic field. Bullock is the 22nd Democrat to announce his candidacy, and he has more struggles ahead. The governor is running a tiny campaign out of Helena, Montana, with just four staffers occupying half a room in building at the capital. He plans to add eight more staffers in the coming week. He has little support at this point; he must find 65,000 campaign donors and support in the polls to meet the Democratic National Committee’s requirements for the first two Democratic primary debates this summer.

5. He’s already facing a minor controversy that could mar his run. Bullock had to address a controversy in February 2019 after it was revealed that NYC Mayor Bill de Blasio had hired (and fired) a staffer who previously worked for Bullock. De Blasio fired his former chief of staff, Kevin O’Brien, over sexual harassment allegations by two female employees, and learned that O’Brien was fired for the same complaints when he was a staffer for Bullock at the Democratic Governors Association. “I was wrong and naive to think I did enough. I should have done more to ensure future employers would learn of [O’Brien’s] behavior,” Bullock wrote in a Medium post. “I also know these realizations come too late for the two women in New York City. For that, I’m deeply sorry.”