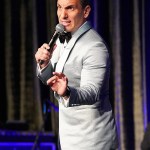 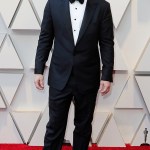 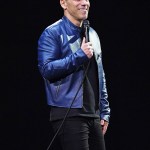 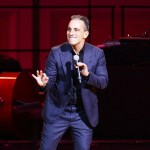 The 2019 MTV Video Music Awards will be a laugh riot. Comedian Sebastian Maniscalco has been tapped to host the event, so here’s what you need to know about this funnyman.

Sebastian Maniscalco has gone from open mic nights to selling out Madison Square Garden to appearing in the Academy Award-winning Green Book. Now, the Arlington Heights, Illinois native will add “MTV VMA Host” to his growing list of accomplishments. The comedian, whose Stay Hungry special hit Netflix at the start of 2019, will host the 2019 MTV Video Music Awards when the music extravaganza rolls into the Prudential Center in Newark, New Jersey on August 26.

“We’re thrilled to have the incredibly talented Sebastian Maniscalco as this year’s VMA host,” said Bruce Gillmer, ‘MTV VMAs’ executive producer, global head of music and talent, Viacom and co-brand head, MTV International, in a statement. “Sebastian is on FIRE right now, and his comedic spin on relatable topics will make this year’s show truly unforgettable.” In addition to his role in Green Book and his Netflix special, Sebastian was named Billboard’s “Comedian of the Year” for 2018. So, who exactly is Sebastian?

1. He hails from Chicago. “I went from [my home in Chicago], a welcoming, warm home with tons of people coming and going, to my one-bedroom in Hollywood with a naked man outside the only window,” Sebastian wrote in his 2018 memoir, Stay Hungry, per Esquire. “For companionship, even Paul the Pervert had his sectional. But I was totally on my own.”

2. He just became a dad. When it rains, it pours, and Sebastian is positively drenched in good news. On top of being named the MTV VMA host, he just became a dad for a second time! His wife, Lana, gave birth to their second child, a son named Caruso Jack Maniscalco, on June 15, according to PEOPLE. The couple welcomed Serafina Simone, 2, in May 2017.

3. He knows that you might not have heard of him. Sebastian has been in the comedy game since he moved to Los Angeles in 1998. He’s done a half-hour special for Comedy Central Presents and four hour-long specials (2009’s Sebastian Live, 2012’s What’s Wrong With People, 2014’s Aren’t You Embarrassed? and 2016’s Why Would You Do That?) before his Netflix special. With all the accolades and accomplishments, his name is often greeted with a “who?”

“I haven’t really cracked the code as far as a lot of people who are either musicians, or athletes, or what have you,” he told Esquire “A lot of the entertainment community is a little bit slow on getting on board with what I’ve been doing.”

4. Sebastian is one of the world’s top-earning comedians. Sebastian’s rise to fame hasn’t been meteoric, but a slow grind that has been supported by a lot of day jobs, including a seven-year-stint of waiting tables at the Beverly Hills’ Four Seasons Hotel. Now, he’s the one who could book a stay in a four-star resort, as Forbes has put him on their list of the world’s highest-paid comedians with earnings of $15 million between June 2016 and 2017. He returned to the list in 2018, and you can expect him to three-peat in 2019.

5. His comedy isn’t really political. “I don’t think people are leaving their house, getting in their car, or in a train, coming down to Madison Square Garden, paying a high ticket price, getting popcorn and whatever the hell, and they’re going to sit and I’m going to open up with what? ‘What do you think of the wall?’” he told Esquire. “They get beaten to death over this shit. Day in, day out, on the iPhone, the laptop, the TV set…they’re looking for an escape, I believe, these audiences. I like to talk to the audience like, everybody in here, we’re on the same team.”