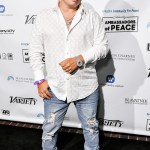 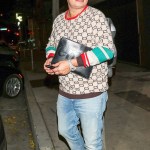 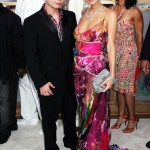 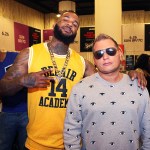 On March 31, T-Pain announced he would be taking on Scott Storch in an Instagram live rap battle. Before the April 1 battle commences, here are five things you need to know about the record producer taking on T-Pain!

UPDATE (4/1/20, 10:20 p.m. ET): Scott Storch instead battled another producer, Mannie Fresh, via Instagram Live on April 1! T-Pain is now on the lookout for another rap battle rival.

ORIGINAL: Rapper T-Pain is ready for a challenge — more specifically a rap battle! On March 31, the “Low” rapper accepted the challenge to take on American record producer Scott Storch, 46, for their April 1 Instagram live rap battle and T-Pain was more than ready to duke it out. “Sometimes a challenge comes into your house and you gotta accept. Swizz hit me, Timbo hit me, and this is happening,” T-Pain said in his video. “It’s gonna be a lot of hits. I can’t wait. Scott, you don’t want the smoke. You better get ready, buddy.” But Scott was more than ready to show his skills on the rap battlefield. “Yo, Pain I know you got some sh*t. I know you got some fire, but I got some fire, too.” Before the battle begins, are five things you need to know about Scott Storch!

2) He’s worked with a number of big names. The list of artists that Scott has worked with seems almost endless. Of the major music and hitmakers he has partnered with are familiar names like DJ Khaled, Rick Ross, Snoop Dogg, Chris Brown, and French Montana. Between 2003-2004, Scott also worked with Beyonce on her hits “Bad Boy,” “Dangerously In Love,” and “Naughty Girl.”

3) Scott suffered from a major cocaine addiction. In the mid-2000s, Scott’s addiction to cocaine was at its peak, leading him to declare bankruptcy. Subsequently and professional relationship took a major toll. By 2014, however, he was poised to make a comeback. “Even knowing you was once wearing the f**king crown, you still got to go back in the trenches. You got to bite your lip, deflate your ego and fight,” he shared with Billboard in 2014.

4) Scott considered putting out his own music. The producer shared that he nearly put out his own music, and was working on an EDM EP as part of his comeback. But as he continued to focus on his work with other artists, it never came to fruition. “It kind of came and went. I’ve adapted to different production techniques since then,” he told Billboard in a 2017 interview. “I had to explore what’s out there in the world because I’ve been doing the same thing for so long, but the EDM thing, I just feel like I don’t want to be on the road DJing.”

5) He’s been married since 2011. Scott is married to Christina Gray. The couple married in 2011 and have one son together — Leo. Their son is often the subject of a number of their social media post. He also has a daughter, whom he highlights on Instagram, occasionally.