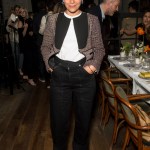 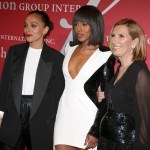 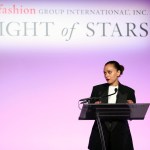 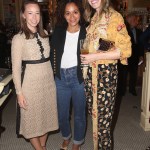 Samira Nasr, who is of Lebanese and Trinidadian descent, has been named the new Editor-in-Chief of ‘Harper’s Bazaar’! Learn more about the Canadian set to lead the iconic publication.

Samira Nasr has been named the first woman of color to be the Editor-in-Chief of Harpers Bazaar magazine! The 153 year old magazine announced the historic appointment on Tuesday, Jan. 9. Samira replaces longtime editor Glenda Bailey, who led the publication for over almost twenty years. The announcement comes amidst the Black Lives Movement which has shaken many industries to the core, including fashion and media.

Anna Wintour, the longtime Editor-in-Chief of Vogue magazine, put out an internal statement at Conde Nast on the same day of Samira’s appointment. “I want to say plainly that I know Vogue has not found enough ways to elevate and give space to Black editors, writers, photographers, designers and other creators. We have made mistakes too, publishing images or stories that have been hurtful or intolerant. I take full responsibility for those mistakes,” Anna said in the email to Vogue staffers.  Learn more about Samira, who starts with Harper’s Bazaar on July 6.

I am so excited to share this news with you! @harpersbazaarus

1. She’s biracial. Samira openly spoke about her heritage in a video announcement about her new role. “As the proud daughter of a Lebanese father and Trinidadian mother, my worldview is expansive and is anchored in the belief that representation matters,” she said in the video. “My lens by nature is colorful and so it is important to me to begin a new chapter in Bazaar’s history by shining a light on all individuals who I believe are the inspiring voices of our time…I see you, I thank you, and I hope we can join forces to amplify the message of equality, because Black Lives Matter,” she said.

2. She’s Canadian. Samira hails from Montreal, Canada and is still fond of her hometown and country. “I feel like as a Canadian I should be an awesome skier, and I’m not,” she said to Chatelaine magazine back in 2014. Other things she loves about her home? Certain foods that just don’t taste the same in America! “Kit Kat chocolate bars [make me homesick for Canada]. They’re way better than the American version. Also smoked meat sandwiches and Montreal bagels,” she revealed, also sharing that the province of Nova Scotia is at the top of her dream vacation list. “I have always wanted to go and have never made it there,” Samira said.

I am so excited to share this news with you! @harpersbazaarus

3. She has tons of celebrity friends. Samira has been photographed at events with many A-listers over the years including Cameron Diaz, Jennifer Lopez, and her best friend Tracee Ellis Ross. “perfection!!!!!!!!!!!!!!!!!!!!!!!!!” Tracee commented on Samira’s announcement video, using several hands-in-the-air emojis. “So my bestie of 25 years made this beautiful video of us and our curls. You know that saying ‘Show me your people…’ Well, here I am blessed to stand with of one of mine,” she captioned a sweet video of the pair from a photoshoot.

4. She has worked for many other magazines. Samira is quite the influencer in the fashion industry, serving as the Fashion Director at Vanity Fair, as well as holding titles at both Elle and InStyle. Early in her career, she also interned at Vogue, going on to become editor Grace Coddington‘s assistant. Outside of her work in magazines, Samira has worked on a number of fashion campaigns for different brands, including Tiffany & Co., Tory Burch and Laura Mercier, NYT reports. Samira moved from Montreal to New York in the ’90s to attend NYU, and still calls the city home to this day!

There can never be enough thank you’s and I love you’s for this extraordinary woman. Amelie, thank you for the adventures with Lex. Thank you for your endless supply of love, warmth and support. And if anyone is looking to hire a talented aspiring creative director, you need to meet her. @joursauvage We love you!!!

5. She’s a mom. Samira adopted her now 7-year-old son Lex when he was born in 2013. “Becoming a mom, and holding my son, Lex, for the first time [was my proudest moment],” she told Chatelaine in 2014. She talked about her life as as single mom in another interview with The Cut. “[Lex] helps me make coffee — he’s really into helping because he knows it’s mama’s morning juice. Then it’s shower time,” she sweetly revealed in 2017. “I take Lex to school every single morning, no matter what. We have a little ritual where we just kind of sit on a bench in the classroom and are still together for two minutes before I go,” she added.