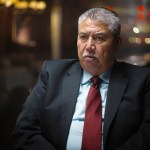 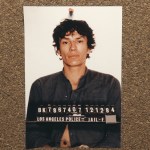 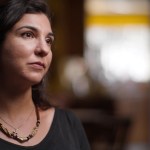 Netflix’s new docuseries, ‘Night Stalker: The Hunt for a Serial Killer,’ explores the riveting true story of Richard Ramirez, who was one of the most infamous serial killers. Here’s what you should know about the murderer.

Richard Ramirez’s crime spree terrorized California and the entire world in 1985. He had no clear signature, and his victims were men, women, and children. Age was not a factor, and neither was race nor socioeconomic status.  It was a race against the clock for a young detective named Gil Carrillo and homicide investigator Frank Salerno to find the man dubbed the “Night Stalker.”

Over 35 years later, Richard remains one of the most notorious serial killers of all-time. The limited docuseries, Night Stalker: The Hunt for a Serial Killer, drops Jan. 13 on Netflix and explains how the infamous killer was hunted down and brought to justice. HollywoodLife has 5 key things you need to know about Richard Ramirez, a.k.a. the “Night Stalker.”

1. Richard Ramirez’s crime spree began in 1984. He murdered, raped, and stabbed a 79-year-old widow named Jennie Vincow in June 1984. Nearly a year later in March 1985, Richard struck again. He shot and killed Dayle Okazaki and attacked her roommate, Maria Hernandez, who survived. The same night, he killed Tsai-Lian Yu. The back-to-back murders sparked a media frenzy. He went on to commit a series of murders, rapers, and burglaries. At his 1989 trial, he was convicted of 13 counts of murder, 5 attempted murders, 11 sexual assaults, and 14 burglaries. In 2009, Richard was linked to the brutal 1984 murder of 9-year-old Mei Leung in San Francisco with a DNA test, according to CBS News.

2. He claimed he was a Satanist. Richard forced some of his victims to “swear to Satan” while he terrorized them. During his first appearance in court, Richard raised his hand to reveal a pentagram drawn on it, AP News reported. The Sigil of Baphomet is the insignia of the Church of Satan. He also yelled in the courtroom, “Hail, Satan.” Before he was sentenced to die in the gas chamber, Richard went on a rant in court, the Los Angeles Times reported. His last words before being sentenced were: “Lucifer dwells within us all… You don’t understand… and you are not expected to, you are not capable of it. I am beyond your experience. I am beyond doing evil. Legions of the night, night breed. Repeat not the errors of the Night Stalker and show no mercy. I will be avenged.”

3. Richard was captured by an angry mob. Police had issued a bulletin calling for the arrest of Richard Ramirez. His name and photographer were released to the public. On Aug. 31, 1985, he was spotted in East Los Angeles. Richard fled and attempted to steal a car. He was confronted and beaten by citizens in the area who surrounded him until police arrived and took him into custody.

4. He got married in prison. Richard and Doreen Lioy’s relationship began in 1985 after she started visiting him in prison. They married in 1996. “He’s kind, he’s funny, he’s charming,” she said. “I think he’s really a great person. He’s my best friend; he’s my buddy,” she told CNN in 1997. She reportedly left him in 2009, according to The Guardian.

5. Richard died in 2013. Richard died of complications from lymphoma on June 7, 2013, at the age of 53. He had been receiving treatment at Marin General Hospital in California, according to The Los Angeles Times. At the time, the serial killer had also been suffering from “chronic substance abuse and chronic hepatitis C viral infection.”