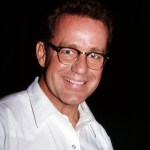 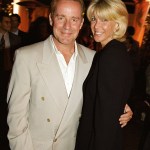 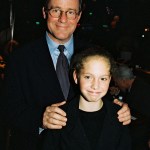 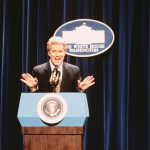 Late comedian Phil Hartman’s life is getting a look back in the ABC special ‘The Last Days of Phil Hartman.’ We’ve got five things to know about the former ‘SNL’ star murdered by his wife.

In May of 1998 Hollywood woke up to the horrifying news that beloved comic genius Phil Hartman had been shot dead in his own bed of his Encino, CA home by his wife Brynn, who then took her own life. He was one of the best comics and impressionists Saturday Night Live ever had in his eight years on the program. Phil was the star of his own sitcom, NBC’s NewsRadio at the time of his tragic death at just 49-years-old. His life is being examined in the May 1 ABC special The Last Days of Phil Hartman and we’ve got five things to know about him.

1. Phil was Canadian but grew up in the U.S.

He was born in Brantford, Ontario and was one of eight children. He was ten when his family moved to the U.S., first to Maine then to Los Angeles where he attended high school.

2. Phil was a member of the legendary L.A. comedy improv troupe The Groundlings.

He helped hone his comedy improvisation in classes there and by 1979 was one of the group’s brightest talents.

Together the close friends collaborated on writing and sketch material and came up with Pee Wee, the hilarious man-child which they developed into a stage performance for Paul and later got a comedy special on HBO. Then the two created the children’s show Pee Wee’s Playhouse, with Phil playing the character of Captain Carl.

He successfully auditioned for SNL in 1986 and quickly became one one of their most adept players. His Bill Clinton impression became his became an audience favorite, but his impersonations of Frank Sinatra, Ronald Reagan, Barbara Bush and others were also iconic. He stayed with the show through 1994. Phil left to star on the NBC sitcom NewsRadio, which would garner him Best Supporting Actor Emmy nominations.

5. Phil died a violent death at the hands of his wife Brynn.

His wife had developed a cocaine problem and she and Phil had an argument on the night of May 27, 1998, where he threatened to leave her if went back to using the drug. He then went to bed. Around 3am the following morning she used a .38 caliber handgun to shoot her sleeping husband four times, including once between the eyes. Autopsy tests later showed that she been using cocaine and was intoxicated. Several hours later she committed suicide with the same gun, leaving their two children orphaned. Brynn’s sister Katharine Omdahl and brother-in-law ended up raising the Hartman’s kids.