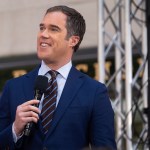 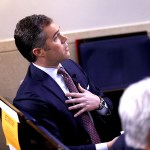 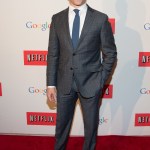 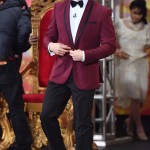 During a heated exchange with President Donald Trump, NBC White House reporter Peter Alexander was called a ‘terrible’ journalist for simply asking the Commander in Chief to give American citizens a hopeful message during the current crisis.

NBC White House correspondent Peter Alexander, 43, was hit hard with a vitriolic response from President Donald Trump during a March 20 press conference about the Coronavirus pandemic. The COVID-19 pandemic has already seen over 15,000 people in America tested positive for the disease and claimed the lives of 200 people. While states like California, New York, and Pennsylvania and now Illinois are living under stay-at-home orders, Trump chose to pick a fight, over addressing the concerns of the American people. Alexander, a veteran White House reporter simply asked the President “what do you say to Americans, right now, who are scared?” Instead of using the opportunity to rise to the occasion to deliver a Presidential message of reassurance and hope to the American people, Trump lashed out viciously at the reporter.

“That’s a nasty question,” he shot back from the podium, and, “you’re a terrible reporter. And I think it’s a very bad signal that you’re putting out to the American people.” Trump also accused him and the NBC network of promoting “sensationalism” and dissed the parent company of NBC: “You call it Comcast, I call it Concast.” Other reporters were visibly shaken by the heated exchange and Twitter erupted with observers who were shocked by what they witnessed. “There are no bad questions. Only bad answers,” Steve Schmidt, a former Republican and now a communications and public affairs strategist, tweeted in response to Trump’s shocking behavior. “Veteran reporter @PeterAlexander asked a completely fair, and decent question of the president today,” respected journalist and former CBS Evening News anchor Dan Rather also tweeted. “He asked it respectfully, and it should have been a tee-up for President Trump to talk about a country in pain. Instead, we got this.”

1) He joined NBC in 2004. During his time at the network, Mr. Alexander has covered a string of vital American and international stories. He has reported on major news events including Iraq’s 2005 election, the assassination of Osama Bin Laden, and the horrific 2004 tsunami that hit Indonesia. He has also reported on breaking news events like the U.S. Airways flight 1549 that safely landed on the Hudson River in 2009, piloted by Captain Sully Sullenberger, as well as the deadly Virginia Tech massacre in 2007.

Trump has an epic meltdown and goes on a screed about the media when he is asked what he would tell people who are scared. Trump called NBC's Peter Alexander a terrible reporter and started yelling and ranting. pic.twitter.com/dko6pIHrUt

2) This isn’t his first run-in with the President. In January 2016, what would become a  contentious relationship between the two, began when the reporter asked Donald Trump about his anti-abortion stance opposing choice for when. When the reporter brought up Trump’s 1999 interview with NBC in which Trump said he was “very pro-choice,” the President criticized and taunted Mr. Alexander for not “reading the full statement.” But, in fact, the NBC correspondent reported correctly that in 1999 Donald Trump was staunchly pro-choice.

3) Peter Alexander has received numerous accolades for his reporting work. The reporter and his fellow correspondents were nominated for the Outstanding Live Coverage of a Breaking News Story – Long Form News & Documentary Emmy Award in 2006 for the NBC News Special Report: The Death of Pope John Paul II news documentary. He also earned Emmy nominations for his work in 2010 and 2011.

5) He’s married with a wife and two children. Mr. Alexander married his wife, Alison Starling (also a reporter) in 2012. They have two children and live in the suburbs of Washington D.C.