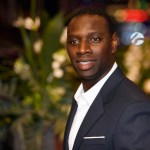 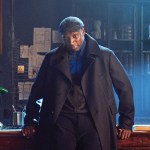 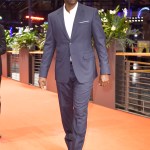 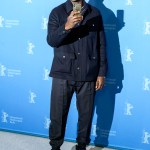 ‘Lupin’ is one of Netflix’s newest hits, and Omar Sy is the man everyone is talking about. HollywoodLife is answering your top questions about the ‘Lupin’ star.

Lupin is making big waves in 2021. After the show’s release on Netflix in early 2021, Lupin became the first French show to debut in Netflix’s top 10 in the U.S. Right away, people want to know: who is Omar Sy?

The 43-year-old is no stranger to film and television. He is a prominent French actor whose stardom has exploded since Lupin’s release. From what you need to know about Lupin to Omar’s personal life, your questions about all things Omar Sy are about to be answered.

Lupin is a French series that stars Omar Sy as Assane Diop. As a teenager, Assane’s life was completely upended when his father died after being accused of a crime he didn’t commit. His father was framed by his boss, Hubert Pellegrini (Hervé Pierre), for the theft of a diamond necklace. Now, 25 years later, Assane is inspired by Maurice Leblanc’s classic novels and the character of Arsène Lupin. He decides to avenge his father and expose the Pelligrini family.

Omar was born in Trappes, Yveline, France. His parents were immigrants from Senegal. Omar is one of 8 kids. He currently resides in France.

Yes, Omar is a taken man. He married Hélène Sy in 2007. She is the CEO and founder of Siyah Organics. They have 5 children together, including Selly Sy, who has the same birthday as her dad: Jan. 20.

Omar earned critical acclaim for his performance in the 2011 French film The Intouchables. He won the César Award for Best Actor in 2012 and made history as the first Black winner of the award. In addition to French films, Omar played the role of Bishop in X-Men: Days of Future Past. He starred as Barry in Jurassic World and will reprise his role in the 2022 film Jurassic World: Dominion.

Lupin became an instant hit when it launched in the United States. The first 5 episodes of Lupin premiered on the streaming service on Jan. 8, 2021. A “second installment” has already been filmed and will be released “later this year,” according to the New York Times.