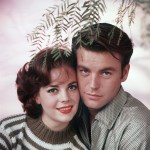 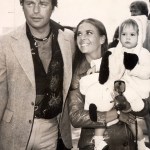 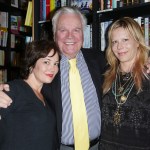 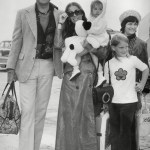 Beloved actress Natalie Wood is subject to a new investigate memoir written by her younger sister Lana. The book comes 40 years after her tragic death. Here’s what you should know about the ‘West Side Story’ star.

It’s been nearly 40 years since Natalie Wood shockingly perished while on a boating trip off the coast of Catalina, California with husband Robert Wagner. Natalie, who was 43 years old at the time of her death, was a bright and beautiful talent who has gone down in history as Hollywood royalty.

Now her sister Lana Wood is revisiting Natalie’s tragic death with the book Little Sister: My Investigation into the Mysterious Death of Natalie Wood set for release n Nov. 9. In the investigative memoir, Lana alleges that she believes Natalie’s husband Robert Wagner was responsible for her untimely death. “I don’t believe it was premeditated,” the 75-year-old said to The New York Post. “But that doesn’t mean I don’t think he did it: Of course he did!” she also said.

This isn’t the first time Natalie’s death has been re-visited: her daughter, Natasha Gregson Wagner, 50, paid tribute to her mother with documentary Natalie Wood: What Remains Behind in 2020.

Here’s five facts you should learn about Natalie before the new book drops:

She started acting as a child

Natalie’s career started when she was just four years old. Her mother moved the family from Northern California to Los Angeles in the 1940s after director Irving Pichel said Natalie had talent, and her breakthrough role came when she was eight years old: Miracle on 34th Street (1947). She became positively beloved after that film, and was even crowned the “most exciting juvenile motion picture star of the year” by Parents magazine when she was nine. Her career didn’t stop with childhood. As a teenager, she seamlessly transitioned into more adult roles, including her turn in Rebel Without a Cause, as James Dean‘s love interest.

Natalie is known for remarkable films and performances like Splendor in the Grass, and Bob & Carol & Ted & Alice. But West Side Story is the movie that comes to mind when one hears the actress’ name. Natalie famously portrayed lead Maria, a Puerto Rican girl from the West Side of Manhattan, who falls in love with Tony (Richard Beymer), a member of a rival gang. Natalie didn’t sing in the musical (her voice was provided by Marni Nixon), but it cemented her star power as one of the must-have leading ladies in the business.

She was nominated for multiple Oscars

Throughout her nearly 40-year career, Natalie was nominated for an impressive three Academy Awards; Best Supporting Actress, for Rebel Without a Cause (1955); Best Actress for Splendor in the Grass (1961); Best Actress for Love with the Proper Stranger (1963).

She had a passionate relationship with two-time husband Robert Wagner

Natalie, then 18, went on a studio-arranged date with Prince Valiant star Robert Wagner in 1956, when he was 26. They hit it off, and married a year later; the couple separated in 1961, and divorced in 1962. After that, Natalie married producer Richard Gregson in 1969, and had daughter Natasha the following year. The couple divorced in 1972 after he allegedly cheated. Natalie and Robert got back together and remarried just five months after her divorce from Richard was finalized. They had another daughter together, Courtney Wagner, and were together until Natalie’s death in 1981.

“Her marriage was considered to be one of the best in Hollywood, and there is no question that she was a devoted, loving — even adoring — mother and stepmother… they were far more determined than most people to make it work,” Natalie’s sister, James Bond actress Lana Wood, said in her 1984 book Natalie: A Memoir by Her Sister.

The circumstances surrounding her death have been questioned

Natalie died in 1981 during a weekend trip on Robert’s yacht, Splendour, with her husband and their friend, Christopher Walken, off the coast of California. In the middle of the night, Robert realized Natalie was missing; her body was found the next morning one mile away from the yacht, with a small dinghy beached nearby. The cause of her death is now officially “drowning and undetermined factors” after the case was reopened in 2011, following allegations that Natalie and Robert were heard arguing before her mysterious disappearance; he was named a person of interest in 2018, and the investigation is ongoing. Robert has denied any involvement in his wife’s death.