Mike Planeta is one of the contestants of ‘The Bachelorette’ season 17 still in the running for Katie Thurston’s heart. He’s been open to Katie and the world about why he’s ‘never had sex.’ Here’s what to know about Mike.

Mike Planeta, 31, was one of The Bachelorette contestants introduced in the season 17 premiere, and he quickly established a connection with Katie Thurston. The season is winding down, and Mike P. remains one of Katie’s most popular suitors amongst fans. Mike revealed right away that he’s a virgin and will be “waiting for marriage” to have sex. He’s also opened up about his decision to remain abstinent until he gets married.

Mike knows what he wants in a potential wife and is ready to open his heart. He’s still in the running for Katie’s heart on The Bachelorette. From his baseball past to his dedication to his faith, here are 5 key things to know about Mike.

“I’m waiting for marriage, so I’ve never had sex,” Mike said during his introduction on The Bachelorette. He also admitted, “Most people when they see me they think I’m a huge player, but that’s not actually morally where I’m at.” Mike later added, “The stigma is like, oh, you can’t connect with that, but I disagree with that. I want Katie to understand that I don’t think there’s anything wrong with being sex-positive. I personally want to share that within marriage. That’s me. I mean, if I fall in love with Katie, maybe it’s something that we can take that road together.”

'Bachelor In Paradise' Season 7: Photos Of The Contestants Looking For Love 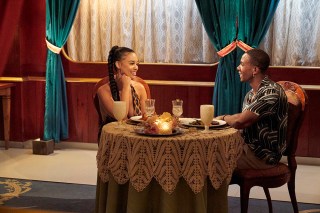 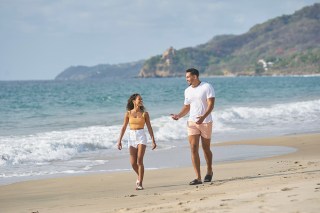 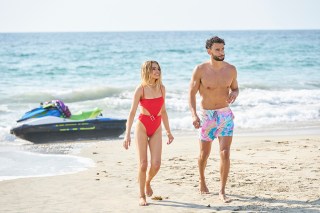 During an interview with Becca Kufrin and Tayshia Adams on the Bachelor Happy Hour podcast, Mike revealed why he’s chosen to stay abstinent. “I believe wholeheartedly God grabs the most rotten ones the earliest,” he said. “I was one of the most rotten ones when I was born. [God] was like, ‘You do not get to experience a lot of these things because you’re going to get in trouble.'”

He continued, “Knowing that about myself, it was almost like a layer of protection, where it was like, ‘No, you don’t get to do this.’ You … have to honor her and you have to show her that there’s so much more that you see in her, right? And there’s so much more that you want for her. You want to elevate her.”
Mike noted that “one of the biggest desires” in his heart is “obviously to have sex, you know, with my wife. It’s like, ‘Okay, well, then you need to put in work before you’re granted that gift.’ Right? So that’s how I view it.”

Mike revealed that he got drafted for baseball when he turned 19. Mike signed with the Baltimore Orioles in 2009 and assigned to the Bluefield Orioles just a couple of days later. He also played for Delmarva Shorebirds and Frederick Keys. He was released from Frederick Keys in 2013. Now he’s a gym owner living in San Diego.

3. Mike is passionate about his faith.

Mike’s ABC bio says that Mike grew up in a “very loving family where the cornerstone of his upbringing was his faith.” Following a visit to a Hillsong church in 2019, Mike wrote a long message after watching 30 people get baptized. “Finding Christ is finding truth and I pray each and every person has that encounter with Christ. It truly sets you free and fills your heart with such a peace,” he wrote on Instagram.

4. Mike wants a woman with the ‘same set of values’ as him.

Mike has always been a “one-woman type of guy,” according to his ABC bio. He’s ready to find love and describes himself as “easygoing, social, goofy, and disciplined.” Mike wants a woman who “loves staying active, will make him laugh, and most importantly, has the same set of values as he does.” His family is also “extremely important” to him so he wants to find someone his family loves.

Mike has traveled across the globe and experienced so many beautiful sights. He spent time in Hawaii and other parts of the United States. He’s also traveled far away to Australia, New Zealand, Ireland, and Norway.