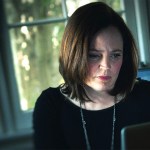 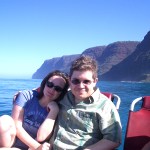 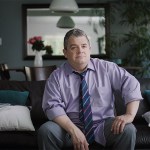 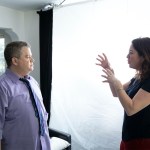 The ‘I’ll Be Gone In The Dark’ docuseries premieres June 28 and follows Michelle McNamara’s incredible investigation into the Golden State Killer. HL has rounded up 5 key things to know about the late author.

HBO’s brand-new docuseries I’ll Be Gone In The Dark is based on the book of the same name and explores author Michelle McNamara’s investigation into the violent predator she dubbed the Golden State Killer. The six-part docuseries will premiere June 28. The Golden State Killer is responsible for 50 home-invasion rapes and 12 murders in the 1970s and 1980s.

The docuseries will give a voice to the survivors and their families, something Michelle was adamant about when writing her book. Michelle tragically passed away in 2016 before the manuscript for her book was finished. Her outstanding and unrelenting investigation into the Golden State Killer takes center stage in this terrific docuseries.

2. Michelle was married to actor and comedian Patton Oswalt. Michelle and Patton married in 2005. They had a daughter named Alice in 2009.

3. Michelle tragically passed away in 2016 before her book was published. Michelle died in her sleep on April 21, 2016, at the age of 46. At the time, she had not completed her book about the Golden State Killer. Michelle died of an accidental overdose. Michelle’s husband asked her fellow sleuths, Paul Haynes and Billy Jensen, to help finish and publish her book. I’ll Be Gone In The Dark: One Woman’s Obsessive Search for the Golden State Killer was posthumously published in 2018 and became a New York Times bestseller.

4. Michelle ran her own investigative website about unsolved crimes. Before she even started investigating the Golden State Killer, Michelle ran her own true crime blog, TrueCrimeDiary.com. She launched the blog in 2006. The purpose of the website was to “find the angle others have overlooked – a suspect’s revealing online activities, for instance, or a similarity between cases that hasn’t been made public yet” in both breaking stories and cold cases.

5. Just two months after her book was published, a Golden State Killer suspect was arrested. Michelle’s book was published in Feb. 2018. In April of that year, the Sacramento Sheriff’s Office arrested 72-year-old former police officer Joseph James DeAngelo, identifying him through DNA evidence as the notorious Golden State Killer. Michelle had always suspected that the Golden State Killer was a police officer. Joseph was charged with 13 counts of murder with special circumstances, including murder committed during the course of a burglary and rape, as well as 13 counts of kidnapping for robbery. Joseph’s next day in court is June 29, 2020, one day after the premiere of the docuseries.

In addition to the docuseries, there will be an official HBO companion podcast for I’ll Be Gone In The Dark hosted by Nancy Miller, who was Michelle’s editor at Los Angeles magazine on her groundbreaking piece, In the Footsteps of a Killer. The podcast will expand on stories and themes from the series, as well as update listeners on the current Golden State Killer case. You can listen on all major podcast platforms, including Apple Podcasts and Spotify. You can also stream it on YouTube, HBO, and HBO Max. Episodes will be live after the series airs on Sundays at 10 p.m. ET.