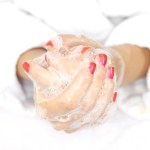 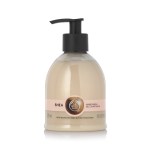 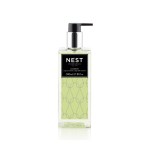 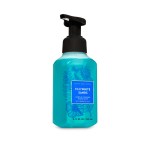 Matt Colvin is left with 17,700 bottles of hand sanitizer after Amazon pulled the products from their website when he tried to sell them at high prices in the wake of the coronavirus pandemic.

UPDATE (3/15/20, 4:00 PM EST): Matt Colvin admitted that he’s donating the 17,700 bottles of hand sanitizer after he was ripped apart on social media over his initial attempts at trying to sell them for a high price point.

UPDATE: (3/15/20, 2:38 pm ET) A gouging petition to try and prosecute Matt for selling the hand sanitizer at high prices was started on Change.org and already has over 9,700 signatures.

Matt Colvin, a man from Chattanooga, TN, admitted to purchasing over 17,700 bottles of hand sanitizer and selling them at high prices to try and make a big profit in the midst of coronavirus fears. He explained that he sold them with his brother Noah Colvin and they even took a road trip to get the items in a new interview with The New York Times. On Mar. 1, after the first U.S. death from the pandemic went public and the World Health Organization advised people to wash and sanitize their hands to prevent the virus, the siblings sprang into action all around Tennessee and nearby Kentucky in their silver SUV to purchase as many bottles of the cleaning agent they could find along with anti-bacterial wipes. Once they got back home, they didn’t hesitate and immediately put them all up for sale on Amazon until the company pulled their items and gave them a warning that their account would be deleted if they kept selling things at high prices, including the $70 a bottle peak they reached, the NYT also reports. Now, Matt, who is a former Air Force technical sergeant, is left with 17,700 bottles of the cleaning agent and nowhere to sell them. Meanwhile, millions of desperate Americans have been finding shelves at supermarkets and pharmacies are all sold out of hand sanitizer.

Here are five things you should know about Matt and his controversial actions in the wake of the coronavirus that’s spread to 137,000 people worldwide, including about 1,600 Americans, and killed more than 5,000, including about 49 Americans, according to John Hopkins researchers.

2.) He’s been bombarded with angry feedback on social media. After he admitted to trying to make a profit off the hand sanitizer in the wake of the coronavirus to the NYT, Matt and Noah were called out by numerous angry people who claimed they were causing an unnecessary shortage and taking away the useful product from people who could really use it.

“They are currently hoarding over 17,000 bottles of hand sanitizer. They should be prosecuted for gouging,” one angry tweet from @Maria_Emmm read. “Congratulations to Matt and Noah Colvin for securing their place in history as the most selfish ever. I hope you suffer from this despicable act,” @mock_duchess wrote.

Others weren’t as harsh and offered to give them a fair price if he agreed to donate the bottles to people who don’t have any. “Hey Matt Colvin – this is a real offer. I’ll pay you a fair price to donate some of these. I’m sure others will as well,” a third tweet from @meganmurp read.

Shortly after his NYT article was published, Matt told the outlet he was exploring ways to donate the bottles.

i'd play the world's smallest violin for people like Matt Colvin and others who are essentially pandemic profiteers but unfortunately all the local stores close to me were out of them.

He admits to cleaning out stores in multiple states— intending to sell for profit on Amazon.

Amazon took down his listings— he says he is considering donating. @WRCB pic.twitter.com/hfg8j0u43g

3.) He doesn’t believe he was overcharging. Although he charged $20 for two bottles of Purell hand sanitizer that retails for $1 each, he told the NYT that people forget his price includes labor, Amazon’s fees, and about $10 in shipping costs due to the alcohol it contains being considered a hazardous material. He explained that he thinks current price-gouging laws “are not built for this day and age.”

4.) Despite the backlash, he’s still willing to accept a profit for the bottles. Before any talk of donations, Matt explained that he wants to sell the sanitizer for a fair price. “If I can make a slight profit, that’s fine,” he told the NYT. “But I’m not looking to be in a situation where I make the front page of the news for being that guy who hoarded 20,000 bottles of sanitizer that I’m selling for 20 times what they cost me.”

5.) He regularly makes profits from selling other things on Amazon. The avid seller said he derives a six-figure income from selling things like Nike sneakers, pet toys, and other trending products on Amazon, he told the NYT.