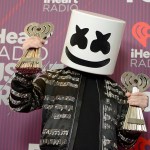 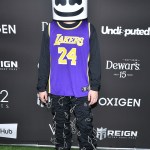 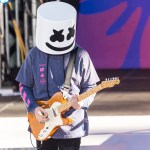 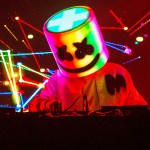 He’s one of the most recognizable people in music – and few people have ever seen his face. He’s Marshmello, and here’s what you need to know about the music superstar.

Marshmello has made history – all while wearing a giant, white bucket for a head. The DJ has headlined EDM festivals, played the opening ceremony of the Champions League, and was the first artist ever to perform a concert in the Fortnite video game (a show watched by 10 million people, according to The Verge.) He has been a fixture on the Billboard charts, has constantly been in the top 10 of DJ Magazine’s list of top 100 DJs in the world, and even held the WWE 24/7 Championship. But, really – who is Marshmello? Who is the person behind the mask, and where did he come from?

What Is Marshmello’s Real Name?

Marshmello was born Christopher Comstock on May 19, 1992, in Philadelphia, Pennsylvania, according to AllMusic. His identity has been seen as “an open secret in the EDM community for some time,” according to a 2017 Forbes piece that uncovered his identity. Social media users were able to figure out the man behind the mask years before Forbes’s piece. In March 2017, another producer accidentally posted an Instagram Story that showed Marshmello without his helmet.

There isn’t much known about Marshmello’s life before fame, and that is seemingly how he wants it. The story began in 2015 when Marshmello started uploading tracks to Soundcloud. He incorporated Trap elements and lay a more pop vibe on top, per EDMsauce, which was an exciting new sound at the time. He quickly blew up, thanks in part to some major cosigns. Skrillex reposted Marshmellow’s “Find Me,” and the blocky-headed DJ also got love from Diplo, Zedd, and others. One of the other DJs that boosted Marshmello was one by the name of Dotcom…which was another alias of Christopher Comstocks. Fans also noted that as Marshmello’s output increased, Dotcom’s decreased, and they kind of figured out that both were the same guy. 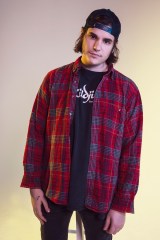 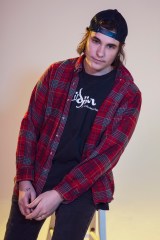 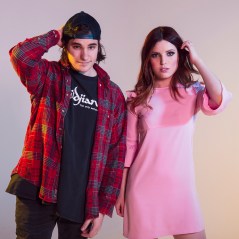 Why Does Marshmello Wear That Helmet?

There have been a lot of masked DJs in electronic music. Daft Punk wore robot helmets. Deadmau5 DJs while wearing a giant mouse head. Claptone also wears a mask whenever he performs at festivals or on livestreams. So, Marshmello’s trademark helmet, with its blobby “Xs” for eyes and upturned smile, isn’t completely out of the ordinary. Still, it’s a bit odd – so, why does he wear it? Oddly, Marshmello adopted his most visually distinctive feature because he didn’t want to be famous.

“I don’t take my helmet off because I don’t want or need fame,” he tweeted in 2017. “I’m genuinely trying to create something positive for people to connect with.” In a follow-up tweet, Marshemllo explained that by wearing this helmet, he can remain anonymous – and that anyone can become the character once they put it on. “The helmet makes me marshmello and also makes you marshmello…we are all marshmello.”

“For us, it was, how do you create a brand that is accessible to everybody, that everyone can be and relate to?” his manager, Moe Shalizi, told Forbes. “The concept we had in mind with Mello was, ‘how do you create a universal character?'”

Who Has Marshmello Worked With?

After that initial surge of success, Marshmello put out his first studio album, Joytime. Joytime II and Joytime III followed in 2018 and 2019, respectively, with Shockwave arriving in June 2021. Marshmello has found some major success with songs like “Alone,” “Keep It Mello,” “Silence,” featuring Khalid. However, Mello has tasted his greatest success when working with other artists. He teamed with Selena Gomez (“Wolves”), Anne-Marie (“Friends”), Logic (“Everyday”), Bastille (“Happier”), Roddy Ricch (“Project Dreams”), Kane Brown (“One Thing Right”), Halsey (“Be Kind”), Juice Wrld (Come & Go”) and Demi Lovato (“OK Not to Be OK”). Those are just some of the artists he’s worked with.

Marshmello doesn’t like to speak with journalists, so the sound of his voice is relatively unknown. He did give a rare interview with Complex in April 2021, explaining how he’s been able to find success in the hip-hop world. “I came from electronic music, and now I’m jumping into hip-hop, so there was obviously a ton of people like, ‘Marshmello? Really? What?'” he says. “In the beginning, there was definitely some resistance, but I just kept at it.”

“I’ve been in the studio with a lot of artists and a lot of producers, and I’ve shown I can hang in the hip-hop production space,” he adds. “It’s taken a little bit, but my intention was to show everybody I can really do this. Yeah, I make electronic music, and that’s how I started. But I like to make a ton of other music, and hip-hop is one of them.”

“It still just makes me happy to prove to anybody that I’m really about it,” he said. “Like, if they had a misconception about me, and I went out and made a song right in front of them… I like to go home and think, ‘Oh, I bet they didn’t think that would happen.'”

Has Marshmello Ever Feuded With Anyone?

Even the EDM world has beef. In the early days of Mello’s career, he would include references to Deadmau5 in his music videos. The trolling eventually got underneath Deadmau5’s skin, per EDM.com, which saw the DJ publish Mello’s real name. This caused many, including Skrillex, to call out the mouse for acting like a bully.

“I grew up listening to Deadmau5, you know? He’s definitely a pioneer of electronic dance music for sure,” Marshmello said to GQ. “I don’t want to get too much into it. No, it’s old news. And as far as that mask goes, I have no animosity towards him.” As for public feuds in general, Mello is over it. “I think there could possibly be a little bit more compassion,” he said. “Things have slowed down, and like people have kind of really gotten a chance to look at themselves. All the beefs of any genre—just relax a little bit.”