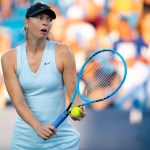 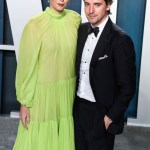 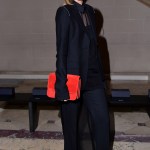 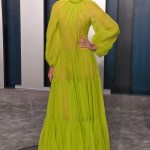 After 19 years as one of the greatest players in the game, Maria Sharapova has announced that she’s leaving pro tennis. As she retires from the sport she dominated for decades, learn more about Maria and her career.

Tennis great Maria Sharapova, 32, has announced that she is retiring from the sport after 19 years playing as a pro. The Five-time Grand Slam champion broke the news in an essay for Vanity Fair and Vogue, titled, “Tennis — I’m saying goodbye.” Maria, who started playing tennis professionally as a young teen, wrote, “How do you leave behind the only life you’ve ever known? How do you walk away from the courts you’ve trained on since you were a little girl, the game that you love—one which brought you untold tears and unspeakable joys—a sport where you found a family, along with fans who rallied behind you for more than 28 years?”

1. She started playing tennis with her father when she was four years old. Maria, who is from Nyagan, Russia and moved to Florida as a child, stepped onto a tennis court for the first time when she was a toddler. “I was so small that my tiny legs were dangling off the bench I was sitting on. So small that the racket I picked up next to me was twice my size,” she wrote. “When I first started playing, the girls on the other side of the net were always older, taller, and stronger; the tennis greats I watched on TV seemed untouchable and out of reach.”

“These courts revealed my true essence,” Maria wrote. “Behind the photo shoots and the pretty tennis dresses, they exposed my imperfections — every wrinkle, every drop of sweat. They tested my character, my will, my ability to channel my raw emotions into a place where they worked for me instead of against me. Between their lines, my vulnerabilities felt safe. How lucky am I to have found a kind of ground on which I felt so exposed and yet so comfortable?”

3. She attributes “grinding and grinding” as the key to her success on the court: “I never looked back and I never looked forward. I could push myself to an incredible place. But there is no mastering tennis—you must simply keep heeding the demands of the court while trying to quiet those incessant thoughts in the back of your mind: ‘Did you do enough—and more—to prepare for your next opponent?'” It was listening to this inner voice, she said, that made her recently realize that it might be time to retire.

4. She underwent a 15-month suspension from the league after failing a 2016 doping test. The International Tennis Federation initially suspended Maria for two years after testing positive for the banned drug meldonium. She won an appeal to get the ban reduced to 15 months, arguing that her use of the drug was unintentional. The Court of Arbitration for Sport agreed with Maria, and concluded that there was “no significant fault” by her.

“I’ve gone from one of my toughest days of my career last March when I learned about my suspension until now, one of my happiest days,” Maria said in a statement following the ruling. “In so many ways, I feel like something I love was taken away from me and it will feel really good to have it back.”

5. She wrote that she’ll be focusing on herself post-retirement. “There are a few simple things I’m really looking forward to: A sense of stillness with my family. Lingering over a morning cup of coffee. Unexpected weekend getaways. Workouts of my choice (hello, dance class!).”