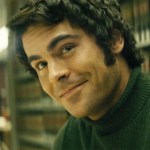 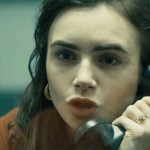 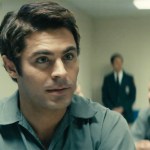 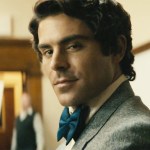 The new Netflix film starring Zac Efron, Extremely Wicked, Shockingly Evil, and Vile, doesn’t just document serial Ted Bundy‘s crimes. It also focuses on his personal life, including the seemingly normal relationship he had with his girlfriend during his killing spree, Liz Kendall. Kendall is portrayed by Lily Collins in the film, and she gave her blessing, albeit hesitantly, for the film to be made. Kendall even met with Collins, with the actress saying in an interview with E! News, “She was willing and passionate about meeting me.” Learn more about Kendall and what she went through as Bundy’s girlfriend:

1. They had a tumultuous relationship. Bundy and Kendall met in a bar in Seattle in 1969. Kendall, then 24, had a two-year-old daughter, and was recently divorced. Their relationship was instantly serious; the couple even applied for a marriage license the next year, but Bundy ripped up the certificate after they had a fight. The relationship eventually grew sour. Bundy was verbally and emotionally abusive, once allegedly telling Kendall that he’d “break her f**king neck” if she told anyone that he stole something. Bundy also confessed to Kendall, while in prison in Florida, that he had thought about killing her.

Still, Bundy told journalist Stephen G. Michaud in an interview, detailed in the Netflix docu-series Killer: The Ted Bundy Tapes, that “I loved her so much it was destabilizing. I felt such a strong love for her but we didn’t have a lot of interests in common like politics or something, I don’t think we had in common. She liked to read a lot. I wasn’t into reading.”

2. The movie is based on her memoir about her harrowing experience with Bundy. Liz Kendall is actually a pseudonym that she used to protect herself while writing about what she experienced as Bundy’s girlfriend. Elizabeth Kloepfer (her real name) detailed meeting and dating Bundy in The Phantom Prince; My Life with Ted Bundy, published in 1981, eight years before Bundy was executed by electric chair in January 1989. Netflix uses her pseudonym in the credits of Extremely Wicked. It’s a little-known memoir, but it’s a must-read. It’s haunting.

3. She had suspicions that Bundy was a serial kidnapper in Seattle. Too many of the details in the description about a kidnapper in Seattle matched Bundy, and Kendall realized it. The suspect’s name was “Ted,” he drove a Volkswagen (so did Bundy)… and the police sketch looked an awful lot like her boyfriend. Even more… the suspect’s arm was in a cast, and while Bundy’s arm wasn’t broken, he kept a bottle of Plaster of Paris in his desk. The suspect also attacked the victim with crutches; Bundy had a pair of crutches in his room. “I [kept] thinking about the cast the guy at Lake Sammamish was wearing—what a perfect weapon it would make for clubbing someone on the head,” she wrote in her memoir.

4. She tried to warn the police about Bundy. When all the pieces fell together for Kendall, she called the Seattle Police Department to tell them everything she knew about her boyfriend. But they brushed her off. She tried to warn police in Utah again, when kidnappings started happening shortly after Bundy moved to the state. Again, the police didn’t believe her.

5. She still stayed in contact with him after he was arrested. Despite the horrific things Bundy did to the women he murdered, and to her, Kendall still visited Bundy in prison. She believed him when he told her that he was innocent. Bundy sent her letters, and they spoke on the phone throughout his trials in Utah and Florida. She sat with his parents in the courthouse while he was on trial for the attempted kidnapping of Carol DeRonch in 1976.