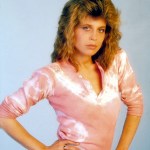 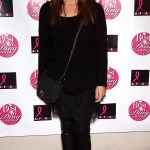 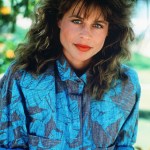 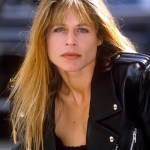 Linda Hamilton is back! The veteran actress will reprise her role as Sarah Connor in the iconic ‘Terminator’ series, & the 1st trailer is an action-packed 2 minutes of madness.

Linda Hamilton, 62, looks like a boss in the first official trailer from the Terminator sequel, and has us more excited than ever for the new installment of the film. Linda will return to her role as Sarah Connor in the forthcoming flick, and fans should brace themselves for one wild ride. In the teaser trailer, Linda is a fierce, gun-wielding woman who will stop at nothing to save the earth. Of course, her co-star, Arnold Schwarzenegger is there to help, and in addition to bringing back the original stars, Terminator: Dark Fate introduces Mackenzie Davis. While action film fans await Terminator’s highly anticipated return — November, 2019, here’s five fast facts about Linda!

1. Linda Hamilton is an American actress from Salisbury, Maryland. — She is best known for her roles in the Terminator film series, as well as the television series, Beauty and the Beast, which she starred in from 1987-1990. Before setting her sights on acting, Hamilton attended Washington College in Chestertown, Maryland for two years. She eventually moved on to study acting in New York City. Interestingly enough, Hamilton has admitted that her acting professor at Washington College told her she had no hope of earning a living as an actress. And, how the tables turned.

2. The veteran actress has an impressive resume. — She starred as Vicky in the horror film Children of the Corn, and had a recurring role as Mary Elizabeth Bartowski on NBC’s Chuck. Hamilton was nominated for an Emmy in 1989 for Lead Actress for Beauty and the Beast. She’s a three-time Golden Globe nominee, having been up for Best Performance by an Actress, twice in 1988 and 1989), for her role in Beauty and the Beast. In 1996, she was also nominated for Best Performance by an Actress in a Mini-Series or Motion Picture Made for TV for A Mother’s Prayer. Hamilton also has two MTV Movie Awards (Best Female Performance; Most Desirable Female) for Terminator 2: Judgement Day from 1992.

3. While filming Terminator 2: Judgment Day, Hamilton suffered permanent hearing damage in one ear. — Why? The unfortunate injury happened when she fired a gun inside an elevator without using her ear plugs. She explained the frightening incident during an interview. “The doors closed, we had shotguns and started blasting, and suddenly I was in agony,” Hamilton told Blockbuster. “I fell to my knees in pain. I thought I’d been shot. That was how bad it was. I knew we weren’t using real ammunition, that they were squibs, little explosives that double for bullets, but I was sure that something has misfired and I’d been hit by shrapnel or something. The noise was so intense, so extreme, I’ll never forget it. So I fell to the ground, but thought ‘s**t, nobody’s noticing, nobody’s stopping,’ so I got back up again, picked up my gun and kept on going. That was the professional thing to do. But it hurt like h-ll.”

4. Hamilton has an identical twin. — Her twin sister’s name is Leslie Hamilton Gearren. Linda also has one older sister and a younger brother.

5. Hamilton has been married and divorced twice. — She was married to Bruce Abbott from 1982 to 1989. Abbott left her while she was pregnant with their son, Dalton. Then, in 1991, she began dating film director James Cameron, following his divorce from Kathryn Bigelow. They went on to have a daughter, Josephine, who Linda gave birth to on February 15, 1993. Hamilton and Cameron later married in 1997, but divorced just two years later in 1999. Years later, during an appearance on Larry King Live (in 2005), Hamilton admitted she had suffered from depression and bipolar during her marriages.