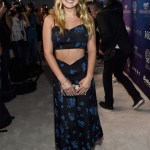 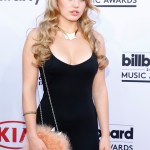 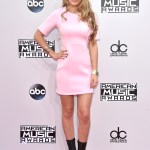 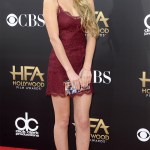 What is going on with Lia Marie Johnson? After the YouTube Star sparked concern by behaving erratically on a pair of IG Live streams, she claims she was ‘cuffed’ by the cops after worried viewers called the police.

“F*ck all of you. Do not send the f*cking police to my f*cking address,” said Lia Marie Johnson during an Instagram Live session taking place in the early hours of Jan. 2. In the live stream, the 23-year-old YouTube star was seen acting erratically and emotional, according to Dexerto. During the session, she’s seen kissing a man out of frame while music plays loudly. The thousands of viewers watched as the man asked her, “Are you on Instagram? No, you’re not – you can’t be on Instagram. Are you really on Instagram? Because that would be bad.”

The unnamed man took the device, saying he was “hijacking [her] phone,” before turning off the stream. After going live again, the man is reportedly heard pleading that the stream does not go out “because it will affect my work. Please, turn it off.” This seemingly caused Lia’s viewers to panic for her wellbeing, and they expressed this concern in the live comments stream. Lia then told them to “not send the f*cking police to my f*cking address.” Her warning fell on deaf ears. After ending that initial stream, Lia went live yet again and claimed that she had been visited by the police. “The cops showed up and detained me, put cuffs on my hands. […] So, I would really appreciate it if everyone …stopped worrying so much. There’s no reason to worry, I’m okay. I just want to be left alone.”

Lia ended the streams by taking her fans for their support, but said she would be “f*king off out of everyone’s lives like you want me to.” This Jan. 2 incident came after a similarly concerning stream on Dec. 24, in which Dexerto reports that she “went through a range of emotions” in a way that some deemed “worrying.” HollywoodLife has reached out for a comment and will update the post with any information when it’s made available. In the meantime, here’s what you need to know about Lia.

I may not understand exactly how you’re feeling, but you’re not alone. You are so important. You aren’t weak or defective to me. There is hope for you to get the happiness and love you deserve. I am here forever and always. No matter how long it takes.❤️@LiaMarieJohnson pic.twitter.com/GSjEzrs54M

1. She’s a Hawaiian native, living in California. Born in Wahiawa, Hawaii, in a military family, Lia moved around a lot during her childhood. Eventually, she would settle in Calfornia, which afforded her a chance to build a career in entertainment.

2. She got her YouTube big break in 2010. Though she created her YouTube account in 2007, her big break would come a few years later. In 2010, Lia began working with the Fine Brothers as a recurring guest on the Emmy-winning series, Kids React. “They [taught] me how to be funny a lot of the time. We have the best laughs together,” she told StayFamous in 2012. “Benny and Rafi [the Fine Brothers] give me a lot of tips. They’ve helped me a lot through my growth.” She would appear on the spin-offs, Teens React and YouTubers React.

3. Lia’s also been on your TV. After building a massive fanbase by directing Kids React fans to her own YouTube Channel (she currently has 1.8 million subscribers and 1.3 million Instagram followers), Lia made the transition from the Internet to television. She starred in Terry the Tomboy, a 2014 Nickelodeon movie based on the character she portrayed on the sketch comedy show, AwesomnessTV.

4. She’s a singer. Lia has released a handful of songs since 2015, with her last being 2019’s “Moonflower.” Though she announced in 2016 that she had signed to Capitol Records, her musical output has been a bit weak. Even she was surprised to see that her music garnished 16.8 million streams in 2019. “thank u. idk how this happened. Thought I fell off the face of the earth. Cheers to 2020 and more music,” she wrote in a Dec. 23 Instagram post. “couldn’t be more grateful.”

5. She had a similar worrisome incident at the start of 2019. After taking a long absence from YouTube and music, Lia went live in May 2019. Her erratic behavior led many fans to wonder if she was suffering a mental breakdown. Many of her fans, friends, and fellow YouTube personalities voiced support for her.