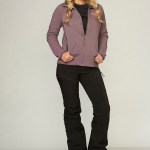 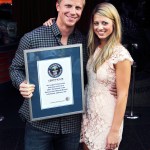 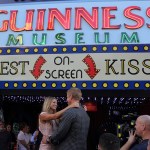 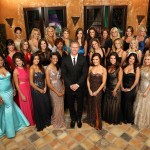 Lesley Murphy is one of the notable ‘Bachelor’ alums from Sean Lowe’s season. She may not have won Sean’s heart, but she made history on the show!

Bachelor Nation is full of so many beloved cast members from over the years. Lesley Murphy, 32, has remained a fan fave ever since she competed on Sean Lowe’s season of The Bachelor in 2013. While things didn’t work out with Sean, now 36, Lesley returned for a second chance at love on The Bachelor Winter Games in 2018. Sean’s journey to everlasting love will be chronicled during ABC’s The Bachelor: The Greatest Seasons — Ever! on June 8, and Lesley will be featured in the special.

1. Lesley competed for Sean Lowe’s love on The Bachelor. She came in fifth place on The Bachelor. Sean and Lesley actually broke the Guinness World Record for the longest on-screen kiss with their lip lock that totaled three minutes and 15 seconds! As we all know, Sean ended up with Catherine Giudici, 34. Despite having competed on the show together, Lesley and Catherine are close friends. Lesley was a bridesmaid in Sean and Catherine’s 2014 wedding!

2. She had a preventative double mastectomy. When Lesley found out she had the BRCA 2 gene mutation, which puts her at a higher risk of developing breast cancer, she decided to get the double mastectomy in 2017. Twelve weeks after the surgery, Lesley had surgery again to put in breast implants.

3. She’s engaged! Lesley’s fiance, Alex Kav, popped the question in Feb. 2020. They went public with their relationship in Jan. 2019. He’s a professional drone pilot from Australia.

4. Lesley dated Bachelor Nation fave Dean Unglert! They met on the set of The Bachelor Winter Games when it filmed in 2017. During the World Tells All finale special in 2018, Dean asked Lesley to move in with him. The couple broke up after 4 months.

5. She’s got a travel blog! The blog, The Road Les Traveled, is her passion project. “I’m Lesley Murphy, a travel journalist and TV personality currently based out of an overweight suitcase who travels the world for a living,” she writes on her blog’s About Me page. “I write, I photograph, I live on airplanes (and for better or for worse, live on airplane food), and I love discovering what makes a destination tick. I know, I know…how does a girl from Arkansas get around so much, right? It’s not about where you’re from. It’s about where you’re going and what you do when you get there.”