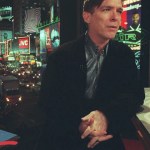 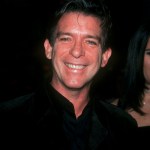 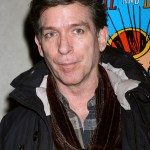 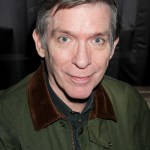 If you got your music news from MTV in the late 80’s and early-mid 90’s, it was anchor Kurt Loder giving you the updates. He just turned 75 and now all of his former viewers are feeling really old.

Kurt Loder helped give MTV some serious music journalism cred when he joined the cable network in 1988 to host their new flagship show The Week in Rock and founded MTV News. He cut his chops with a storied nine year run at Rolling Stone, and would become the go-to guy for anything music news related on the cable network. As a result, many Gen-X’ers got all of their music news from Kurt’s mouth, as it was way before the dawn of the internet. Kurt turned 75-year-old on May 5, 2020, and it’s making his audience feel really old themselves now.

The shock of Kurt being the age of most Gen-X’ers parents caught many by surprise, and his name began trending on Twitter in appreciation of his talent. After all, he was the guy who broke into MTV programming to report on the Apr. 5, 1994 suicide of Nirvana frontman Kurt Cobain. Now he’s halfway to eighty? He’s getting major props from the generation that he delivered music news to, and we’ve got five things to know about Kurt Loder.

1. Kurt began his journalism career in the U.S. Army.

Kurt graduated from Ocean City High School in 1963, and went on to spend two miserable years in college, which he said wasn’t for him. He was drafted during the late 1960’s and joined the Army’s journalism school. He returned to his native New Jersey in 1972 after spending much of his Army tenure in Europe.

2. Kurt was one of Rolling Stone‘s best feature and interview writers in the 1980’s. He joined the magazine in 1979, a year after becoming an editor at the music magazine Circus. During his tenure at the magazine, the writer/editor authored iconic interviews with Bruce Springsteen in 1984, Bob Dylan for the mag’s 20th anniversary issue in 1987 and more of his work can be found in the book Rolling Stone Interviews Of The Eighties. While at Rolling Stone, Kurt co-authored iconic singer Tina Turner‘s 1986 autobiography I, Tina.

3. Kurt gave legit credibility to MTV News when he started there in 1988. He was the face of MTV News, giving updates at the top of every hour on the network. He founded and anchored the network’s hourlong music news program The Week in Rock. Kurt also reported from the field, including VMA red carpets and major concerts. Kurt served as host of MTV News Presents, a weekly special programming showcase. He’ll forever be remembered by Gen-X for breaking into regular programming in 1994 to report that Nirvana’s lead singer Kurt Cobain had died as the result of a suicide. Loder’s thoughtful, insightful and calm reporting will forever be remembered by the band’s millions of bereaved fans at the time.

4. Kurt was seriously respected by his younger MTV audience.  On his May 5, 2020 75th birthday, he received an outpouring of love from fans on Twitter. @onlychyld tweeted, “One thing that is hugely different than the 90s is seasoned adults performed these jobs. Kurt Loder was never trying to be down. He was clearly a professional and we respected him for it. When he said it, we believed it because we knew he knew his sh*t.” @shartdealer wrote, “When @kurt_loder came on MTV News, you listened. That man was our generation’s Walter Cronkite.” @andizeisler tweeted, “Kurt Loder was never a VJ, but he *was* an adult who never f**ked around with the news or condescended to his audience and I appreciate the hell out of him.” User @TrentDalton3 added, “Everyone knew if Kurt Loder was on MTV News, some serious sh*t just went down.”

KURT LODER IS OLDER THAN DONALD TRUMP WHAT IS EVEN HAPPENING https://t.co/ZxQ9os9j8f

HBD to Kurt Loder from MTV. Yall youngins dont remember but this man used to have ALL the tea back in the day pic.twitter.com/Ri80Vas3pg

5. Kurt understands why MTV pivoted away from music news and video programming to reality TV series. “I know there are a lot of people who miss the old days, and who hate the reality-TV trend that MTV did so much to launch. I hate it myself. But consider: The round-the-clock abundance of music videos that once made MTV unique is now available in many, many other venues,” Kurt told The Atlantic in a 2011 interview. “And music news — which Rolling Stone had actually pioneered as a serious undertaking — is available near-instantly all over the Web. Like it or not, MTV has evolved.” In 2020 Kurt is still working, as he  is the host of the True Stories interview show on Sirius XM’s Volume channel 106 and does weekly film reviews for the Libertarian monthly magazine and website Reason.