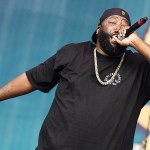 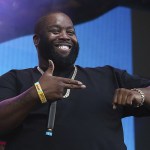 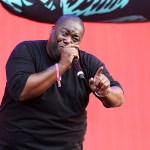 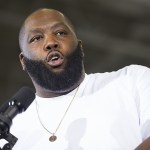 Killer Mike has made history. The rapper, activist, and one-half of Run The Jewels will be awarded the Change Maker Award at the 2020 Billboard Music Awards. Here’s what you need to know.

Michael Santiago Render – better known across the world as Killer Mike – will receive the first-ever Billboard Change Maker Award at the 2020 Billboard Music Awards on Oct. 14. A long-standing outspoken social justice activist, Killer Mike, 45, has demonstrated the “attributes of a true social justice warrior in the field of music who has made exemplary strides to lead the community in positive change-making advocacy,” said Datwon Thomas, vice-president for MRC and Cultural Media and Consulting Producer for the Billboard Music Awards, in a statement. “We selected Killer Mike for his contributions to the current movement and culture and his tangible efforts to make national and grassroots change.”

After the death of George Floyd, by the hands of the Minneapolis Police Department, sparked protests in Atlanta, Killer Mike gave a speech at a press conference held by Mayor of Atlanta, Keisha Lance Bottoms. “I am duty-bound to be here to simply say: That it is your duty not to burn your own house down for anger with an enemy,” said Mike in the speech that would go viral.” It is your duty to fortify your own house, so that you may be a house of refuge in times of organization. And now is the time to plot, plan, strategize, organize, and mobilize.” For those who don’t know, here’s the scoop on Killer Mike.

1. He’s a rapper hailing from Atlanta. Though many have come to associate activism and politics with Killer Mike, he first made his name in the booming Atlanta hip-hop scene of the mid-90s. After two semesters at Morehouse, Mike dropped out to focus on music – but not before connecting with Teeth Mallor and Nikki Broadway. The two would form the production duo Beat Bullies, and they would introduce Mike to Big Boi of OutKast. Big gave Mike a record deal, and Killer Mike made his major-label debut by featuring on OutKast’s “Snappin’ & Trappin.’ He also appeared on OutKast’s “The Whole World,” a song that won Killer Mike a Grammy Award for Best Rap Performance by a Duo or Group.

2. He’s one half of Run The Jewels. On June 3, 2020, Run The Jewels released RTJ4, the fourth album from the group featuring Killer Mike and El-P. EL-P produced Killer Mike’s R.A.P. Music album, and Mike appeared on El-P’s Cancer 4 Cure. The two albums were released within weeks of each other, so the two decided to tour together. After discovering a friendship and a natural chemistry, they formed Run The Jewels, a band taking their name from a line from LL Cool J’s “Cheesy Rat Blues.” They released their first album in 2013, and have been a favorite of underground/alternative rap fans ever since.

In 2019, Netflix debuted Trigger Warning with Killer Mike, a docuseries that explored issues in America that affect the black community. In the series, Mike helped the Crips and Bloods gangs launch their own soda brands (similar to how the Hell’s Angels have licensed merch), start a new religion based on his friend, Sleepy, and start a new country called New Africa. It’s worth a watch. In addition to this, Killer Mike has appeared in the films 20 Funerals, Idlewild, and ATL.

3. He once endorsed Bernie Sanders… Mike’s activism can be traced back to 2014, when he appeared on CNN to discuss the killing of Michael Brown in Ferguson, Missouri. He said he was “appalled that regular Americans are apathetic. I’m appalled that people choose to use the word ‘thug’ as a code word for ‘n-​-​-​-​-.’ I’m appalled at everyday citizens… When will we, as an American constituency, tell our politicians enough’s enough? Enough mayors supporting murderous police departments. Enough police chiefs having to give excuses for murderous police officers….Whatever this country is willing to do to the least looked-upon…to Black people, to those males, will eventually happen to all America,” he said, per GQ. From there, Mike has been an activist and an advocate for Black issues across America.

In 2015, Mike famously took then-presidential candidate Bernie Sanders to lunch at the Busy Bee in Atlanta. The two discussed politics over soul food, and Mike would endorse Bernie for president. Mike has also backed democratic socialist candidates like Bernie, because – according to GQ – he thinks they operate in the spirit of Martin Luther King Jr.

4. …and he’s a staunch supporter of the second amendment. In an episode of Trigger Warning, Killer Mike detailed how gun control laws have been used unfairly against Black people. In that episode, Mike voiced support for Black people arming themselves, and that opinion got him in hot water in 2018. During a sit-down with NRATV, Mike thought he was going to talk about Black gun ownership. The conversation led to the National School Walkout (the protest done after the mass shooting at the Marjory Stoneman Douglas High School in Parkland, Florida.)

‘I love you, [but] if you walk out that school, walk out my house,’ ” Mike says during the interview. “We are not a family that jumps on every single thing an ally of ours does, because some stuff, we just don’t agree with.” He later issued an apology, saying he “support(s) the march, and I support Black people owning guns. It’s possible to do both.”

5. He’s married with kids. Mike married his wife, Shana, in 2006. The couple has four children together. “This is Desi Arnaz and Lucille Ball,” he told GQ in 2019. “Two people who are sharp and together. Mobbing. I open the car door, and usually, she cooks. That’s more to do with the fact that she’s a much better cook than I am. But she’s my partner in every aspect of the word. … Shana has a masterful business mind. Much better than mine. It’s my wife who was smart enough to make these investments.”