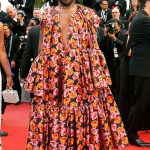 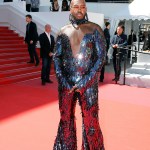 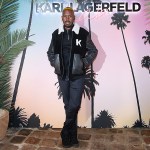 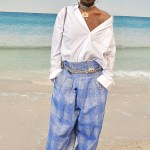 Who is Kiddy Smile? Here’s what you should know about the Parisian DJ who tested Cannes Film Festival’s ‘tuxedo and bow tie’ protocol with two binary-breaking outfits.

Established in 1946, the Cannes Film Festival’s strict adherence to tradition affects its dress code — so Kiddy Smile challenged those norms. “For men, you have to wear a black tuxedo and a bow tie,” the Parisian DJ, whose real name is Pierre Hache, told Vogueworld in an interview published on May 22. “There’s something very old school about it. I’m a cis man but if you’re gender-fluid or nonbinary, there is no space for you to exist within this protocol.” Far from a black tux and bow tie, Kiddy sewed his own sequined jumpsuit the night before the screening of Mati Diop’s Atlantics on May 16. But he didn’t run into trouble until the next day — even though he had attended the film festival to perform at an after-party.

1. Kiddy almost wasn’t allowed into the premiere of Dolor y Gloria because of his voluminous floral gown. Plans to attend the screening with filmmaker Gaspar Noé fell through, so the gatekeeper stopped the DJ and asked if he was wearing a “traditional African outfit,” Kiddy told Vogueworld. “It’s just hilarious to me that if you’re a black person, and you wear something that looks like a gown, people are going to ask you if it’s a traditional outfit,” he mused. Fortunately, Kiddy was finally allowed in: “Then a woman arrived and started discussing with him—from what I understood, she was his boss—and she was telling him that she was taking responsibility for my outfit and that she wanted me to go through to the carpet.”

2. Kiddy is prominent in Paris’ ballroom scene. The DJ grew up in Groussay, a suburb outside of Paris, but made a name for himself in this dance movement that gay and transgender dancers pioneered (Kiddy identifies as gay), according to The New York Times. You can watch Jennie Livingston’s documentary Paris is Burning for extra background on the ballroom scene!

3. The DJ performed for the president of the French Republic. President Emmanuel Macron personally invited Kiddy to perform at Élysée, the presidential palace in Paris, in honor of France’s electronic musicians. Kiddy made headlines by showing up to the gig in a T-shirt that read, “Son of immigrants, black and gay.”

4. Kiddy’s hit song “Let A B!tch Know” has racked up over a million views. He is also known for the tracks “Dickmatized,” “Be Honest” and “Let Myself Alone.” Kiddy released his debut album, One Trick Pony, on Aug. 31, 2018.

5. Kiddy starred in Gaspar Noé’s film Climax. Yes, the same filmmaker whom Kiddy was supposed to attend the Cannes Film Festival screening with! Climax is a drama/mystery about a dance troupe that practices in an empty school one night, fueled by sangria, which turns out to be laced with LSD.