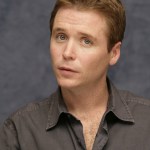 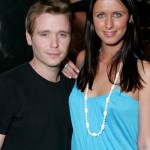 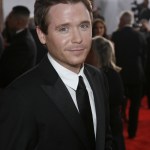 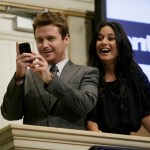 Kevin Connolly maintains that the 2005 incident in question ‘was consensual’ in his denial, and that he ‘strongly supports victims of sexual assault.’

Entourage star Kevin Connolly, 46, is denying accusations of sexual assault made by costume designer Gracie Cox. “Kevin strongly supports victims of sexual assault and believes their claims should always be heard. As someone who has worked in this industry for four decades, he has treated people with nothing but respect and has maintained a stellar reputation,” the statement, issued by powerhouse attorney Martin Singer and obtained by HollywoodLife on Wednesday, July 15, read. “Therefore, he was completely shocked to learn of the allegations made by Gracie Cox from a wrap party in 2005. The incident with Ms. Cox was consensual, and he categorically denies any claim that it was assault,” the statement went on, confirming that Kevin does admit to having a sexual encounter with her.

“When they returned to the wrap party, Gracie’s boss, Amy Westcott, learned of what occurred and expressed her disappointment to both. Gracie shared with Kevin that she was embarrassed after getting in trouble with Amy, the head of the costume department. According to IMDB, it doesn’t appear that Gracie and Amy worked together on a project since then,” the statement explained. “Amy and Kevin continued to work together for two more years on Entourage, and a few years later Amy recommended her assistant to work with Kevin on another job.”

Kevin further added, via Martin, that the incident was “consensual” between he and Gracie, who was 29 years old at the time. “Kevin completely understands Amy’s displeasure with the consensual act that transpired between Kevin and Gracie 15 years ago, after production had wrapped and they were no longer working together on the movie. Kevin acknowledges the lack of professionalism on his part, but he adamantly denies that it was anything other than a mutual consensual encounter,” the statement concluded. Learn more about Kevin, who played the character of Eric “E.” Murphy on Entourage.

1. He starred on Entourage. Kevin starred on the HBO series from its 2004 debut to 2011 wrap, later reprising his role for the movie of the same. Alongside Adrian Grenier, Kevin Dillon, Jerry Ferrara, and Jeremy Piven, Kevin played the role of Vince (Adrian Grenier)’s manager and friend, who moved with the rising star from New York to Los Angeles. Prior to the character becoming a Hollywood mover-and-shaker, the lovable “E” worked as a manager at an Italian restaurant. Throughout the series, “E” had an an on-again, off-again relationship with Emmanuelle Chriqui‘s character Sloan.

2. He’s a New York native. Kevin was born on March 5, 1974 in the state of New York, later growing up in the area of Medford. He attended Patchogue-Medford High School, where he graduated in 1992 and was crowned Homecoming King. He has an old brother Tim, who is a police detective in the area.

3. He dated his Entourage co-star. In 2015, it was confirmed that Kevin was seeing his co-star from the Entourage film Sabina Gadecki, 36. At the premiere for the movie, Kevin gushed that the pair were “an item” at the time, while Sabina said he was “a great person.” The duo split after dating for less than a year in 2016.

4. He’s also a director. In addition to a stacked acting resume, Kevin has worked as a director on several projects, including 2018’s Gotti starring John Travolta and the late Kelly Preston. He’s also credited as a director on 2016’s Dear Eleanor, several Entourage episodes, and series The Oath. “[Directing] is a lot more work…directing is like next level. I’ve been a huge John Travolta fan my whole life — but as a director, you have to get over the starstruck point, and sooner rather than later when they’re looking to you for direction,” Kevin said on The Today Show in 2018.

5. He was on a hit sitcom. Before starring on Entourage, Kevin notably played the role of Ryan Malloy Unhappily Ever After, which ran from 1995 – 1999.