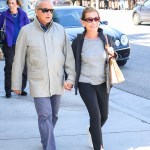 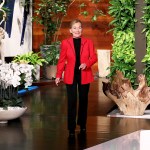 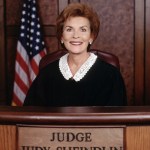 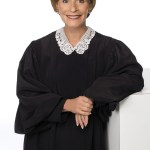 ‘Judge Judy’ will be coming to an end in 2021 after 25 seasons but Judge Judy Sheindlin isn’t calling it quits on her career at 77 years old. She’s got a new show in the works!

Judge Judy is one of the most successful daytime TV shows on the air right now and has been that way since 1996. Judge Judy Sheindlin, 77, stopped by The Ellen DeGeneres Show on March 2 to give an update on her life and what’s next after a long and illustrious career. She revealed that Judge Judy will be ending after season 25 but she’s not ready to leave the courtroom just yet. HollywoodLife has rounded up 5 key things you need to know about Judge Judy.

1. Judy announced Judge Judy was ending on Ellen. “I’ve had a 25-year long marriage with CBS and it’s been successful,” Judy explained. “Next year will be our 25th season — our silver anniversary — and I think CBS sort of felt they wanted to optimally utilize the repeats of my program because now they have 25 years of reruns, so what they decided to do was sell a couple of years worth of reruns but I’m not tired…” She stressed that in 2021 fans will get a “full year” of new Judge Judy episodes, followed by reruns in the years to come.

2. Judy will be starring in a new TV show. Judy revealed that her new show, Judy Justice, will premiere in 2022. She didn’t say what network the show would air, but just said it was “going elsewhere.”

3. She was appointed as a judge in 1982. Mayor Edward I. Koch appointed her to the Family Court bench. She later became a Supervising Judge of the Manhattan court in 1988.