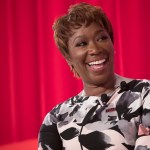 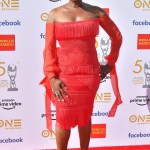 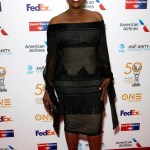 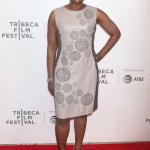 MSNBC announced that anchor Joy Reid will take over the nightly news slot once occupied by Chris Matthews. Here’s what you need to know about ‘The ReidOut’ host before she takes the helm.

Joy Reid is about to make MSNBC history. The longtime anchor for the network, 51, has been tapped to host The ReidOut, a new show airing weeknights at 7:00pm — the time slot held by Hardball for 23 years. Before Joy moves from mornings to evenings on July 20, here’s what you should know about her:

1. She the host of AM Joy. Reid has hosted the political weekend morning talk show on MSNBC since May 2016. She also frequently subs in for other network hosts like Chris Hayes and Rachel Maddow. As of 2018, her morning show averages nearly one million weekly viewers. Loyal fans refer to themselves on social media as #reiders. Reid, the child of immigrants, rose to prominence as a vocal critic of President Donald Trump, and is known for her no-nonsense interviews with his surrogates.

““Our prime directive is to constantly remind people that this is not normal and not to allow it to become mundane,” Reid told The New York Times in 2018. “We feel like one of our duties is to keep that story top of mind because it’s fundamentally about whether we truly choose our own leaders.”

2. She’s taking over Chris Matthews’ time slot on the network. Veteran Hardball anchor Chris Matthews abruptly resigned from the network, on-air, in March 2020. Matthews, 74, was forced out after a series of on-air gaffes, including comparing the presidential campaign of Senator Bernie Sanders, who is Jewish, to the Nazi invasion of France during World War II.

Matthews was also accused of making inappropriate and sexist comments to women at the network. “I’m retiring,” Matthews told viewers in a monologue at the beginning of the March 2 episode. “This is the last Hardball on MSNBC.” It came as a complete shock to his colleagues. Matthews had hosted Hardball since 1997.

3. She cites fellow Black female journalists Gwen Ifill, Deborah Roberts, and Carole Simpson as her heroes. “Evening and prime-time news has been a universe of white men really since I was growing up,” Reid told The New York Times. “For somebody who grew up as a nerdy kid obsessed with news, watching Nightline and Meet the Press, the idea of being a part of that family has always just been kind of overwhelming.”

4. She was accused of homophobia in 2018 after decade-old, offensive posts were found on her blog. Posts on Reid’s dormant blog, The Reid Report, speculated that Republican governor of Florida Charlie Crist was a closeted gay man and married a woman as a coverup. There were also posts that condemned gay sex, degraded lesbians, promoted offensive stereotypes about LGBTQ+ people, and claimed Reid couldn’t watch Brokeback Mountain. The FBI launched an investigation into potential criminal activity on the site, as Reid claimed the site had been hacked.

She apologized on air for what has been found on her blog. “I genuinely do not believe I wrote those hateful things because they are completely alien to me. But I can definitely understand, based on things I have tweeted, have written in the past, why some people don’t believe me,” she said on MSNBC. “For that, I am truly, truly sorry.” She also apologized to Ann Coulter, whom she suggested was a man in several tweets from 2010 and 2011. “I want to apologize to the trans community and to Ann,” she said.

5. She teaches a college course for Syracuse University’s communications school. The S.I. Newhouse School Of Public Communications has a program called Newhouse In NYC that allows media students to spend a semester interning and taking classes in New York. Reid teaches the “Race, Gender & The Media” course at the school’s midtown satellite campus. The journalist, however, isn’t a Cuse alum. She graduated from Harvard in 1991 with a concentration in film.