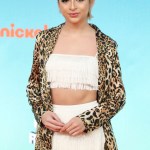 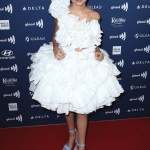 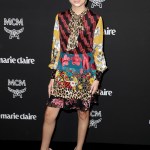 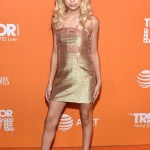 Josie Totah is heading to Bayside High as the lead for the reboot of ‘Saved By The Bell!’ Here’s what you need to know about the accomplished young actress!

The Saved By The Bell reboot has found its star! Josie Totah, 18, will lead the new gang of Bayside High in the forthcoming sequel series at NBCUniversal’s streaming platform. Josie may not be a household name yet, but she definitely has the credits to quickly make her a rising star to watch. Before Josie joins original stars like Mario Lopez and Elizabeth Berkley on the small screen, here are five things you need to know about the up-and-coming star!

1) Josie has worked with some pretty high profile names in TV. Prior to landing the coveted lead in the Saved By The Bell reboot, Josie already had quite the filmography. As far back as 2015, Josie had a four-episode stint on the Emmy winning series Glee. By 2016, Josie went on to star alongside SNL alum Molly Shannon and Emmy winner Bradley Whitford in the 2016 film Other People. But it was 2018 when Josie earned a role alongside Mindy Kaling in the short-lived series Champions in which she played a lead character, and child of Mindy’s character, Priya. In 2019, Josie appeared for four episodes in the Netflix series No Good Nick with Melissa Joan Hart and Sean Astin. Not bad for only 18!

2) Josie came out as transgender in a moving Time Magazine piece. In an emotional testimony published on Aug. 20, 2018 in Time Magazine titled “My Name Is Josie Totah — And I’m Ready To Be Free,” Josie revealed that she was transgender. The actress wrote that for a long time she “felt like I owed it to everybody to be that gay boy. But that has never been the way I think of myself…My pronouns are she, her and hers. I identify as female, specifically as a transgender female. And my name is Josie Totah,” she wrote. Josie also went on to reveal details of growing up, wanting to try on dresses, and always “knew on some level that I was female.”

3) She will play Lexi in the upcoming reboot. Josie’s character is described as “a beautiful, sharp-tongued cheerleader and the most popular girl at Bayside High who is both admired and feared by her fellow students,” per THR‘s description. It’ll be a fiery and fun starring role for the teenager!

me showing up to court to fight nine outstanding parking tickets

4) Her social media already indicates she has a quick wit! There’s no doubt that Lexi will be an exciting role for Josie to play, as the actress has showcased her prowess for humor on social media. Josie often posts model-esque snaps of herself on her Instagram account with funny captions to boot. One such post featured the starlet in an all red ensemble looking off wistfully into the distance with the caption “me showing up to court to fight nine outstanding parking tickets.”

5) She’s a California native. Josie is no stranger to the California sun or the Hollywood atmosphere. She grew up in Davis, CA — just outside of Sacramento. It’s also roughly a six and a half hour drive from Los Angeles.