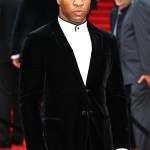 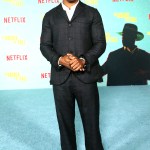 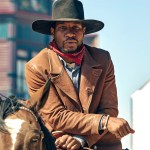 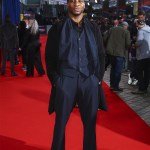 Actor Jonathan Majors will host ‘SNL’ on Nov. 13, while Taylor Swift has been tapped as the musical guest. Here’s everything you need to know about Jonathan.

The Nov. 13 episode of Saturday Night Live will be hosted by actor Jonathan Majors, while Taylor Swift will be the musical guest. Taylor is no stranger to any viewer watching, but Jonathan, on the other hand, is a fairly new face in Hollywood. Luckily, fans will be able to get acquainted with the 32-year-old when he hosts the late-night sketch series. But before that, HollywoodLife has rounded up five key things to know about Jonathan.

1. Jonathan had a troubled childhood.

Jonathan was born on September 7, 1989 in Lompoc, California, and moved with his family to Dallas, Texas. Jonathan’s father, who was in the Air Force, abandoned the family when Jonathan was young, though the two eventually reconnected. Jonathan had a very rough go while growing up in Dallas. “I found myself getting into fights, being bullied, and then retaliating,” he told The Hollywood Reporter in 2019. Per that interview, Jonathan was also caught shoplifting and had to do community service. The fights in school resulted in suspension, and eventually, he was kicked out of the house and had to live in his car. However, Jonathan found solace during these troubling times in his passion for theater. “The one thing that was consistent from the age of 14 to that time was that I was in the theater,” he told THR. “I just wanted to be in the world and be a part of it.”

Jonathan got his acting start in the 2017 ABC miniseries When We Rise while he was still enrolled in Yale University to obtain his Masters of Fine Arts degree. Jonathan’s next role was the Western movie Hostiles, followed by the 2018 films White Boy Rick and Out of the Blue. His big break came with the 2019 independent film The Last Black Man in San Francisco, which received critical acclaim and earned Jonathan an Independent Spirit Award nomination. Another big role for Jonathan was 2020’s Da Bloods, a war film directed by Spike Lee that also starred Chadwick Bosemam. Most recently, he appeared in the Netflix Western film The Harder They Fall.

'The Harder They Fall': Photos Of Regina King & More In New Netflix Epic 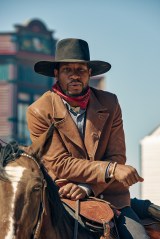 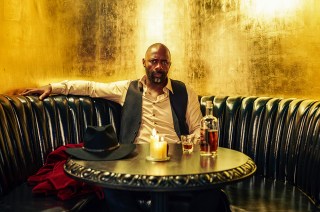 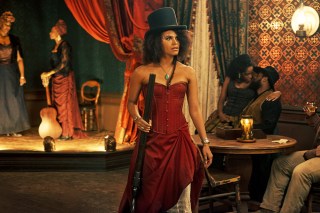 3. He starred in HBO’s ‘Lovecraft Country’

Jonathan was among the cast of HBO’s 2020 horror series Lovecraft Country. Jonathan played Atticus Freeman in the show, which also starred Jurnee Smollett, Courtney B. Vance, Jamie Chung, and more. Jonathan’s performance earned praise from fans and critics alike. He even snagged a Primetime Emmy Award nomination for Outstanding Lead Actor in a Drama Series in 2021, but he lost to Josh O’Connor of The Crown. Sadly, Lovecraft Country was canceled by HBO after only 1 season.

4. He recently joined the MCU.

Fans of the Marvel Cinematic Universe should be slightly familiar with Jonathan. He’s a recent addition to the Disney-owned franchise, making his debut as “He Who Remains,” a variant of the villain Kang the Conqueror, in the Disney+ series Loki. Jonathan will be playing Kang in Ant-Man and the Wasp: Quantamania. The film will be out in 2023 and will star Paul Rudd as Ant-Man and Evangeline Lily as the Wasp.

Jonathan is a proud father to an 8-year-old daughter. The identity of the girl’s mother is unknown, though Jonathan has said that his child is mixed-race. In June 2020, he spoke to People about the importance of his daughter knowing about history. “She has to understand that it’s actually not ‘black history’—  it’s American history. The way it’s taught now, its honestly the Jim Crow system of separate but equal,” he said. “We’ll give it one month, 12 pages in the history book…we’ll talk about Harriet Tubman, Rosa Park, MLK, then we’ll give you a little quiz about it. And that’s it.”