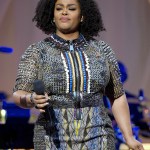 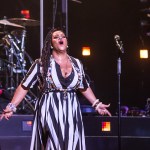 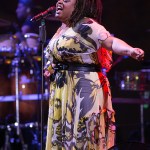 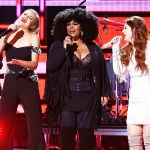 Jill Scott is the next major artist to appear on Timbaland’s and Swizz Beatz’s ‘Verzuz’ Instagram live series! Jill will take on Erykah Badu, but before you tune in, here are five things you need to know about Grammy winner, Jill Scott!

Fans have been living for Timbaland and Swizz Beatz‘s Instagram live battles, which have already featured stars like Babyface, T-Pain, and more! Now, it’s time for something different. On May 1, Timbaland announced that the next battle will feature two titans of their craft: Erykah Badu and Jill Scott. The battle will also benefit the organization Femme It Forward, which serves to celebrate women in the entertainment industry. Both Erykah and Jill have incredibly lucrative careers, but Jill, 48, has lent her talents not only to music but also to acting and modeling! Before the battle commences on May 9 at 7pm ET, here are five things you should know about Jill Scott.

1) She’s a Grammy-winning recording artist. Jill has been honored by the Recording Academy three times. She won her first award in 2004 for Best Urban/Alternative Performance for her song “Cross My Mind.” Her second Grammy was for Best Traditional R&B Vocal Performance for “God Bless The Child” and her third Grammy came in 2007 for Best Urban Alternative Performance for her song “Daydreamin.'” Jill has also been nominated by the Recording Academy 14 times. Her music is a fusion of R&B, hip-hop, spoken word, and jazz and has been heralded for it’s innovation over the years.

3) Jill is also a philanthropist. Jill started the Blues Babe Foundation with the mission to help minority students pay for their university expenses. The organization is “led by a team of passionate professionals invested in the success of our youth. Since it’s inception, the foundation has benefited from strong community and corporate partnerships,” according to the site.

4) She’s an activist. Along with her work with youth, Jill became very involved in the Flint, MI clean water crisis in 2017. In the Lifetime movie Flint, Jill played Nayyirah Shariff, a community organizer. When speaking with Billboard about how she hoped the film would change the conversation around Flint’s ongoing crisis, Jill said, “I really feel like the movie has brought [Flint] to the forefront again — when the media lets things go, we forget and move on to the next situation, the next thing. Being an American citizen, we take things for granted. We don’t question, we don’t investigate. This was done to this community intentionally — not telling them what was happening, lying to them. It just might be happening to you and me too.”

5) Jill has been married two times and broken off one engagement. Jill’s first marriage was to Lyzel Williams, a graphic artist and DJ, in 2001. After six years of marriage, the two filed for divorce in 2007. Jill was next engaged to her drummer Li’l John Roberts. In 2008. On April 20, 2009, the couple welcomed their son, Jett Hamilton Roberts. Unfortunately, the pair never made it down the aisle, breaking off their engagement in June 2009, but hoped to co-parent their child together. In June 2016, Jill married Mike Dobson, but after only 15 months of marriage, the pair divorced.