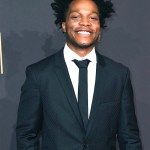 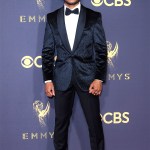 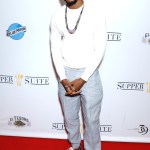 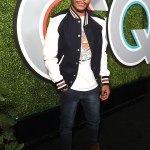 Jermaine Fowler is the next big thing. The actor stars in the highly-anticipated ‘Coming 2 America’ as Eddie Murphy’s long-lost son. Get to know the talented Jermaine.

It’s time to return to Zamunda! Coming 2 America features almost all of the original cast members, but there’s a new cast member you’re going to want to keep your eye on. Jermaine Fowler, 32, is one of the new stars in Coming 2 America, which premiered March 5 on Amazon Prime Video.

Jermaine is not new to Hollywood, but his role in Coming 2 America has solidified him as an actor who is going to soar to new heights. From details about his Coming 2 America to his past work, HollywoodLife has rounded up 5 key facts about Jermaine.

Jermaine nabbed the key role of Lavelle Junson in the Coming to America sequel. In the film, King Akeem (Eddie Murphy) finds out that he has a son that he fathered the first time he went to America. Lavelle’s mother is Mary, played by Leslie Jones. Once Akeem finds out he has a son, Lavelle goes back to Zamunda to learn how to become a prince.

2. Comedy has always been his thing.

Jermaine started out performing at comedy clubs and colleges. He got his big break in 2012 when he was cast in the MTV reality series Guy Code. He went on to appear in sketch comedy series like The Eric Andre Show, Funny or Die Presents, and Friends of the People. His debut comedy special, Give ‘Em Hell, Kid, was licensed to Showtime. He starred in the CBS sitcom Superior Donuts, which ran for 2 seasons.

Jermaine plays Mark Clark, a Black Panther member, in Judas and the Black Messiah. The movie was released in theaters and on HBO Max in Feb. 2021. The film also stars Daniel Kaluuya and Lakeith Stanfield. Jermaine and Lakeith starred in the 2018 film Sorry to Bother You as well.

4. He’s done work behind the camera as well.

When he was on Guy Code, Jermaine was writing, producing, and starring in his own pilots. He also produced and starred in his debut comedy special, Give ‘Em Hell, Kid. Jermaine was an executive producer of Superior Donuts, which he also starred in. He was notably the announcer of the 2017 Emmys.

Jermaine’s mother died in 2018. His friend and collaborate Kevin Barnett died just a year later of complications from pancreatitis. After losing both his mother and best friend, Jermaine lost hope. “After they died, I didn’t feel like moving on anymore,” Jermaine said on Fast Company‘s podcast Creative Conversation. “I wanted to quit comedy. I wanted to quit acting. And I kind of wanted to quit life at one point. I wanted to die. I was done.”