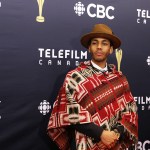 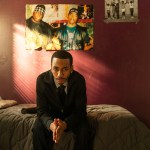 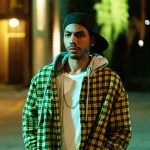 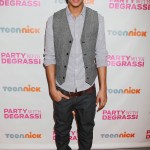 Jahmil French, the actor best known for playing Dave Turner on ‘Degrassi: The Next Generation,’ has died at age 29. Here’s what we know.

“I can confirm my good friend, co-worker, and all-around inspiration, Jahmil French, passed away yesterday,” Jos Safran, creator of the Netflix original series Soundtrack, tweeted on Tuesday (March 2) amid reports that Jahmil, 29, had passed away.  “Only posting because I see the story getting out there. I will have more to say about him later. Right now, we’re all just processing this devastating news.” The passing was confirmed to HollywoodLife by Gabrielle Kachman, Jahmil’s agent and friend.

“It is with a heavy heart that I confirm the passing of a dear friend and client Jahmil French,” Kachman said in a statement. “He will be remembered by many for his passion for the arts, his commitment to his craft, and his vibrant personality. I ask that you keep his family and friends in your thoughts and prayers at this difficult time.”

The story regarding this young man’s death is still developing, and we’ll update the post when more information becomes available. Right now, here’s what you need to know.

1. How did Jahmil French Die?

At the time of publication, Jahmil French’s cause of death or circumstance around his passing was unknown. Those who paid tribute to Jahmil and mourned his loss focused not on his death but more on his life and the impact he made over his short time on this earth.

2. Jahmil French Was ‘A True Talent’ To His Friends

Tributes to Jahmil flooded in shortly after news of his death. “@jahmilfrench, you will always hold such a special place in my heart,” wrote Melinda Shankar, who played his character’s love interest on Degrassi, wrote on Instagram. Thank you for being one of the most talented, compassionate, kindest, funniest friends I have.”

“I, along with my castmates, had the pleasure of working with Jahmil for several years. And though it was work, it never felt that way. We grew up together, all of us. There are so many memories to look back on,” wrote Jessica Tyler in a lengthy post. “Though not all of us have kept in case contact since Degrassi ended — and not for any reason other than the simple fact that time and life go on 0 at the end of the day, we are a family. Always have been, always will be. We are bound together, forever, by the unique experience we call Degrassi. A place that many of us would call home to this day.”

“Heartbroken over the loss of our friend Jahmil French … So full of energy and fun. He was always dancing. A true talent and a great friend. We will all miss you so much Jahmil,” tweeted Annie Clark, Jahmil’s Degrassi co-star. She also shared a video of him dancing, a precious moment of joy.

3. Jahmil French Was Best Known For Degrassi: The Next Generation

Jahmil portrayed Dave Turner on several seasons of Degrassi: The Next Generation, the Canadian teen drama series set within the Degrassi universe. (Degrassi: The Next Generation also starred a young Aubrey Graham, aka Drake as Jimmy Brooks). Jahmil appeared in seasons 9-13 of the series, with his last appearance on the show being in 2013. He also appeared in Degrassi: Minis as Dave.

After Degrassi, Jahmil appeared in a handful of television series and a few movies. He played Trey Page on the WeTV crime series, The Divide, in 2014. He played Trey Page on the medical drama Remedy and portrayed the character Snacks on the aerobics-themed comedy series, Let’s Get Physical. Most recently, he was part of Soundtrack, portraying Dante Mendoza on the Netflix music-themed drama.

5. He Was Also An Award-Nominated Talent

Our thoughts are with Jamil’s family, friends, and fans at this time.