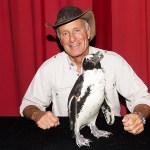 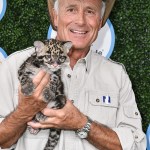 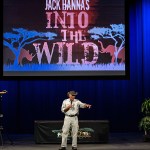 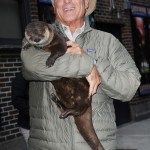 The family of beloved celebrity zookeeper Jack Hanna has announced he’s retiring from public life after his dementia diagnosis has quickly progressed.

This is just so heartbreaking. Celebrity zookeeper Jack Hanna  — who has appeared on countless TV shows about the wonders of wildlife — is now believed to be suffering from Alzheimer’s disease and is retiring from public life. The family of the 74-year-old conservation expert announced in a long letter via social media on Apr. 7, 2021 that “Doctors have diagnosed our dad, Jack Hanna, with dementia, now believed to be Alzheimer’s disease. His condition has progressed much faster in the last few months than any of us could have anticipated. Sadly, Dad is no longer able to participate in public life as he used to.” We’ve got five things to know about Jack.

Jack was a prominent longtime zookeeper

He became famous nationally through his role as Director of Ohio’s Columbus Zoo from 1978 to ’92. He then took on an emeritus role and was a spokesperson for the zoo before retiring in 2020.

He was well known to audiences thanks to hosting syndicated shows such as 1992-2011’s Animal Adventures, 2007-2020’s Jack Hanna’s Into the Wild, and 2011-2020’s Jack Hanna’s Wild Countdown. The shows traveled the globe, featuring all different species of wildlife, as well as conservation efforts for the animals.

Jack appeared on Late Night With David Letterman 25 times between 1985-1993 when the show was on NBC, and a whopping 68 times when David moved to CBS with The Late Show between 1993-2015, always bringing along interesting animal species to amuse and educate the audience. He and his animals also appeared on The View, The Ellen DeGeneres Show, The Late Late Show with James Corden and made 39 appearances on ABC’s AM show Good Morning America between 1990-2019.

Jack is a family man

He’s been married to his college sweetheart wife Suzi for 53 years, and she traveled the globe with him on his animal conservation efforts. The couple has three daughters, Kathaleen, Suzanne and Julie, who were the ones who penned the heartfelt letter about their dad’s dementia diagnosis.

A letter from the Hanna Family pic.twitter.com/ewuNYa0ReG

His daughters noted in their letter that “While dad’s health has deteriorated quickly, we can assure you that his great sense of humor continues to shine through.” They added, “And yes, he still wears his khakis at home,” referring to his iconic khaki long sleeved shirt and pants that he would wear during all TV appearances and trips into the wild.