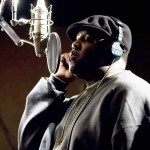 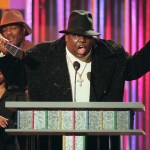 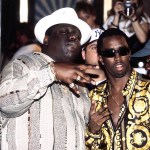 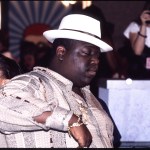 Faith Evans, a Grammy-winning performing artist, will be opening up about her marriage with The Notorious B.I.G. in Lifetime’s new docu-series, ‘Hopelessly in Love,’ airing on Jan. 10!

Faith Evans is appearing in the latest Lifetime docu-series, Hopelessly in Love, which is exactly how she described her unique marriage to The Notorious B.I.G., AKA Biggie Smalls. But she’s not too happy with Lifetime — ahead of the “Biggie and Faith Evans” episode airing on Jan. 10, Faith publicly called out the network! “I was told that it would be a positive piece with a little more of my personal background. It wasn’t pitched to me as a story rehashing the sensationalized events that took place,” she vented to Page Six. Defending her late ex-husband, who lost his life to a drive-by shooting in 1997, she later said, “The Tupac [Shakur] stuff, the different women — how many times are people going to talk about that? It was supposed to be a love story, and it turns into cheating and [Lil’] Kim. We’ve come so far past that. [Lifetime’s] all about drama.”

Now, learn more about Faith’s accomplishments and the aforementioned “sensationalized events” that she found herself in the middle of.

Faith Evans has had an incredible music career that’s spanned over the past twenty years! She released her first studio album in 1995 called Faith. She’s been nominated for a Grammy eight times with one win for “Best Rap Performance by a Duo or Group” with “I’ll Be Missing You,” in 1998. She also won a African American Literary Award in the “Best Biography/Memoir” in 2009 for her book Keep The Faith: A Memoir.

2. Despite her dramatic marriage with Biggie, she fondly remembers her late ex.

Faith released “I’ll Be Missing You” as a tribute to her first husband, the famous rap icon, Christopher “The Notorious B.I.G.” Wallace. The couple married in 1994 and had one son named Christopher Jordan Wallace. They were separated at the time of Biggie’s murder on March 9, 1997. Sean Combs helped Faith produce her tribute song, which stayed on the top of Billboard charts for 11 straight weeks.

This is where the sensationalism factors in, and why Lifetime labeled their marriage as “the most controversial love in hip hop history.” Biggie was famously rumored to be having “ongoing affairs” with recording artists Lil’ Kim and Charli Baltimore while he was married to Faith, according to the network — and Faith doesn’t care to dwell on this decades-old drama. However, their marriage was already put under a spotlight thanks to its whirlwind nature. “I married [Faith] after knowing her eight days and I was happy. That was my baby. At the same time, with us being so spontaneous, we did it backwards,” Biggie told Vibe magazine in 1997, shortly before his death.

Longtime friends Stevie J and Faith — who both share Grammy wins in common — went public with their relationship in 2016, but temporarily split in 2017. After that hiccup, Stevie and Faith have been going strong since getting back together and even tied the knot in July of 2018!

Now, this is where their backstory gets really sweet. Faith has known Stevie for over 25 years. They first met in the ’90s. “I’ve known her for like 25 years,” Stevie said in an interview on The Breakfast Club in 2016. “We was like family and then as years progressed, we just began to hang out more [and] talk more.” Aw! Stevie J once told HollywoodLife that he valued Faith too much as a friend to lose her. “I would rather have her as my friend than a romantic relationship because a friendship lasts a lifetime,” he told us in an interview in Jan. 2017, but obviously, the DJ has since changed his mind!

4. Faith is an actress too!

Not only can she sing, Faith can act too! She made her most recent appearance in Netflix’s superhero series Luke Cage starring Mike Colter. She played major parts in Turn It Up and The Fighting Temptations, which she co-starred in with Cuba Gooding Jr. and Beyoncé. Now that’s a star-studded cast!

Faith posts some delicious looking meals to her Instagram that will have your mouth watering! Just look at that creamy crab sauce above! She’s also showed off her scalloped potatoes, crab cakes, crab claws, and homemade spaghetti sauce with ground filet mignon in previous posts. Yum!