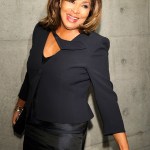 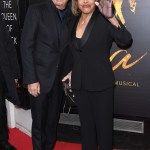 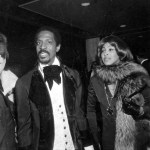 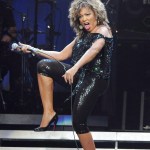 Here’s what you need to know about the German former music exec who has been the legend’s partner for decades.

Theirs is one of the most lasting romances in rock music. And, on March 27 in HBO’s new documentary, Tina, Tina Turner fans will hear the singer’s low-key husband, Erwin Bach, speak about his life with the living legend.

The grey-haired European has been by the 81-year-old rock star’s side since the 1980s, but he rarely gives interviews. Here’s everything you need to know about Tina’s second husband ahead of the breathtaking two-hour documentary that is a treat for the “Proud Mary” singer’s army of fans.

1. What does Erwin Bach do?

Born in Germany, the 65-year-old is a former music executive who worked for the British record company, EMI.

2. How long have Erwin and Tina been together?

In the documentary, Tina describes meeting her future husband, revealing that it was love at first sight when he came to pick her up at a German airport in 1985. “He was younger. He was 30-years-old at the time,” she says. “The prettiest face. I mean you cannot… He was really so good looking. My heart went bah-boom. It means that a soul has met. And my hands were shaking.”

The relationship quickly progressed, despite the 16-year age gap, with Tina making her feelings clear pretty swiftly. “When he found out that I liked him, he came to America,” she says. “We were in Nashville… And I said to him. ‘When you come to LA, I want you to make love to me…’”

“He was just so, so different,” she later says about what she loves about her husband. “So laid back. So comfortable. So unpretentious.”

3. When did they get married?

Despite meeting in the 1980s, Tina and Erwin didn’t wed until 2013 in Switzerland on the couple’s lavish estate. Guests included Oprah Winfrey, David Bowie and Sade.

4. He once admitted that it’s hard to hear Tina talk about her abusive first marriage to musician Ike Turner.

Erwin even admitted during a 2013 interview with Oprah that he hasn’t read his wife’s bestselling memoir, I, Tina: My Life Story because of it. “I didn’t read the book. It’s hard to hear and read the past of the person you love when this comes up,” he told the media mogul. “So I always think that Tina one day will erase this, reset this.” He went on to say, “[I] think it’s time to close the book and close the chapter… because everything is said.”

5. Erwin donated a kidney to his wife when hers started failing.

The singer wrote about her husband’s generous offer in her 2018 book, My Love Story. In an excerpt published in the Daily Mail, Tina revealed that by December 2016, following health complications with high blood pressure, her kidneys were functioning at just 20 percent “and plunging rapidly.” She faced a choice – dialysis or a kidney transplant.

But Erwin shocked his wife who admitted that she had started to “think about death.” “He said that he wanted to give me one of his kidneys,” she wrote. “I was overwhelmed by the enormity of his offer.”

In her 2020 book, Happiness Becomes You: A Guide To Changing Your Life For Good, Tina gave fans an update on her health, writing: “I’m happy to say that, thanks to my dear husband, Erwin, giving me one of his kidneys, the gift of life, I’m in good health and loving life every day.”

Tina premieres on HBO on March 27 at 8pm ET/PT and will also be available to stream on HBO Max.