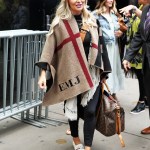 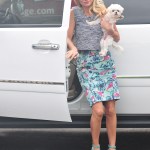 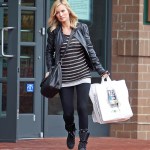 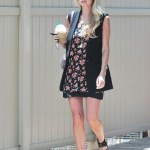 ABC is looking back at Brad Womack’s two seasons of ‘The Bachelor.’ One woman who captured his heart was Emily Maynard. They didn’t last, but Emily went on to be a beloved star of Bachelor Nation.

The Bachelor: The Greatest Seasons — Ever! continues on July 20 with Brad Womack’s seasons. Brad notoriously was the star of The Bachelor twice in seasons 11 and 15. In his second season on The Bachelor, Brad, now 47, fell for Emily Maynard, now 34.

During the special, Chris Harrison will catch up with both Brad and Emily to see where they are today. A lot has changed for them both since 2011. Get up to speed on what Emily is up to in 2020!

1. She broke Arie Luyendyk Jr.’s heart The Bachelorette. In the season 8 finale, Emily dumped Arie Luyendyk Jr., 38, and got engaged to entrepreneur Jef Holm, 35. Emily let the race car driver down easy by breaking up with him before he proposed to her. Emily cried as she said goodbye to Arie, but she admitted she was more confident about her relationship with Jef. Arie was stunned, to say the least. Arie thought Emily was the love of his life, but he hasn’t been able to find true love since that season, which aired in 2012.

2. Emily wrote a book! The former Bachelorette published I Said Yes: My Story of Heartbreak, Redemption, and True Love in 2016. The book chronicles her life before and after TV fame.

3. Before she was the Bachelorette, she was on The Bachelor! Emily got engaged to Brad after competing for his love in season 15. They called it quits a year later.

5. Her oldest child is from a previous relationship. Emily is actually a mom of four. Her daughter, Ricki, is 15 years old. Ricki’s father is the late race car driver Ricky Hendrick, who was tragically killed at the age of 24 in a plane crash with nine others in 2004. Emily and Ricky were engaged at the time of his death. After Ricky died, Emily learned she was pregnant. She gave birth to Ricki in June 2005 and named her daughter after her late fiance.