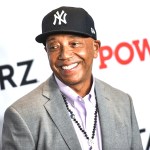 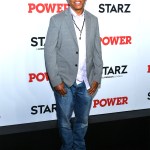 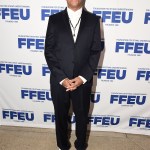 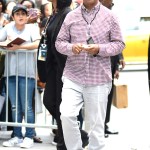 Drew Dixon is featured in a new doc that shines a light on the women who have accused Russell Simmons of sexually assaulting them, allegations that he vehemently denies.

Drew Dixon, 50, is one of the central voices who appears in HBO Max’s new powerful documentary, On The Record. The former Def Jam executive is one of several women to have publicly accused hip-hop music pioneer, Russell Simmons, 62, of sexual assault. Dixon first told her account of the alleged 1995 incident to The New York Times in December 2017. “I was broken,” she told the newspaper, alleging that Simmons raped her in his Manhattan apartment. Dixon has also accused legendary music exec L.A. Reid of sexually harassing her when they both worked at Arista Records.

HollywoodLife reached out to Simmons, who has repeatedly denied the claims, for comment. We’ve yet to receive a response, but in Dec. 2017 he told The New York Times, “I vehemently deny all these allegations. These horrific accusations have shocked me to my core and all of my relations have been consensual.” In response to our request for comment, Reid’s rep sent over the following statement, which was originally given to the Times in 2017: “I have always had the utmost respect for women, and in every company I have ever run I have consistently promoted women into leadership positions based on merit and professional experience.” He went on to “apologize unreservedly,” if he ever “did or said anything that was misinterpreted” or “created an uncomfortable workplace environment.”

Here are five things that you need to know about Dixon as On The Record premieres on May 27:

1. She was a former Director of A&R at Def Jam Recordings, before quitting in 1995. She joined Arista Records as an A&R executive in 1996, when it was still being run by music legend, Clive Davis. (L.A. Reid replaced Davis in 2000.) During her career she has worked with artists from Aretha Franklin and Whitney Houston, to Lauryn Hill, the Notorious B.I.G. and Mary J. Blige. A Harvard Business School grad, she is the founder of the independent record label, The Ninth Floor.

2. Her mother, Sharon Pratt, was the mayor of Washington D.C. The Democrat held that position from 1991 until 1995.

3. In On The Record Dixon recounts the alleged incident with Simmons in detail. She also recalls the aftermath and how it affected her personally and professionally. “I was reduced to nothing in that moment. I was nothing,” she says in the doc. “I was trash. Nothing about me mattered. Nothing about anything that makes me who I am mattered.” Simmons “emphatically” denies the event, telling the Times in 2017 through his lawyer that he “did not have sex with her.”

4. After former On The Record executive producer Oprah Winfrey withdrew her support of the film in January 2020, Drew said she was still “deeply grateful” for her involvement, according to The Guardian. Winfrey made her decision 15 days before the film’s Sundance premiere saying that, although she believes Simmons’ accusers, there is “more work to be done on the film,” our sister site Deadline reported at the time.

5. Dixon lives in Brooklyn, New York with her two daughters. She split from her husband Wesley Hastie Williams during the filming of On The Record.