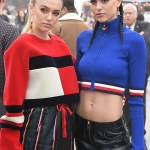 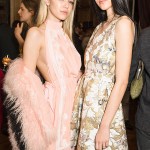 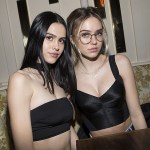 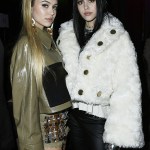 Harry Hamlin is known for his family with ‘RHOBH’ star Lisa Rinna, but did you know he also shares a son with ’60s icon Ursula Andress? Get to know Harry’s first child, Dimitri Hamlin!

Before Harry Hamlin became a power couple with Bravo legend Lisa Rinna, he dated another icon: Ursula Andress! Their movie set romance led to the birth of a child in 1980, a baby boy named Dimitri Hamlin. He’s all grown up now, but Dimitri’s name resurfaced in a Season 10 episode of The Real Housewives of Beverly Hills.

Thanks to the RHOBH cast trip to Rome, Lisa was reminded of a time when her husband was once enthralled with another woman (Dimitri’s mom, Ursula). “He was with Ursula Andress at the time and they had a child, she lived here,” Lisa explained to her co-stars, Denise Richards, Sutton Stracke and Garcelle Beauvais, during a car ride around her husband’s ex’s old stomping grounds. The actress then spilled a rare story about Harry and Ursula’s fateful romance, and how that led Dimitri to be conceived — more on that below!

1. Dimitri’s parents’ starred in the original Clash of the Titans. Harry and Ursula came together while filming the epic Greek mythology movie, which was released in 1981. “Ursula is the movie star that you would imagine. He said she called him and said, ‘Harry, come to my room,'” Lisa told her castmates on RHOBH. She continued, “And so he did, at 28 years old, he went in and she got pregnant that night. And that was that, at 44. First time.”

In a video that was posted to YouTube in 2008, Dimitri even joked that he has “several” copies of his parents’ movie in which Harry played Zeus’s son Perseus, while Ursula played Aphrodite. However, the co-stars split in 1983.

2. Dimitri’s mom was the first ever Bond girl. Ursula played the infamous golden-haired “Honey Ryder” in the first ever James Bond film, Dr. No, which was released in 1962. The Swedish beauty also starred in other big pictures like Casino Royale (1967) and She (1965).

3. Dimitri has two half-sisters. After his dad split from Ursula, Harry went on to marry Lisa in 1997. The married couple welcomed Delilah Belle Hamlin in 1998, and Amelia Gray Hamlin in 2001, who are Dimitri’s half-siblings!

4. He’s a jack of all trades. Dimitri has tried it all: acting, modeling, DJing and making cameos in music videos! He played Enzo Parisi Jr. in the Italian television series, My Daughters (Caterina e le sue figlie), in 2005.

5. Dimitri once starred in the same magazine campaign as Taylor Swift, Olivia Wilde and Nikki Reed. Yes, really! Harry and Ursula’s handsome son appeared alongside the trio of famous women (who were then mostly teenagers) in Abercrombie & Fitch magazine’s feature on “The Rising Stars — Part II” in 2004.