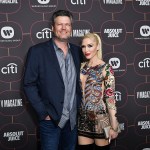 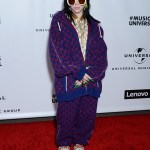 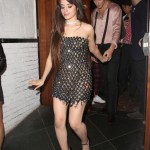 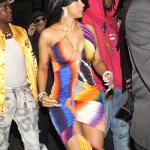 Deborah Dugan was relieved of her job at The Recording Academy on Jan. 16 and later made shocking claims of unfair practices against the organization. Here are five things to know about her.

Deborah Dugan, 61, the former CEO of The Recording Academy, which presents the Grammy Awards, got a lot of attention this week when she spoke out against the organization and her predecessor, Neil Portnow, after she was put on leave from her job due to claims she bullied an assistant who worked for her. The successful businesswoman filed a 44 page complaint to the Equal Employment Opportunity Commission on Jan. 21 that claimed that during her time working for the Academy, the Grammys board asked her to rehire Neil even though some members, not including her, were aware of allegations that he raped a musician. She also claimed that the board and a secret committee chooses Grammy Award nominations in an unethical way and that the nominations end up being “artists with whom they have personal or business relationships.” The shocking allegations are shedding light on possible corruption within the academy and are expected to prompt many female artists to speak out against sexism at this year’s Grammy Awards ceremony on Jan. 26.

Here are five things you should know about Deborah and the explosive situation.

1.) She was the first female to hold her president and CEO position at The Recording Academy. She started the prestigious job in Aug, 2019, just six months before her public feud with the organization and claimed that although the Academy said the reason she’d been put on leave from her job was due to being accused of bullying by an assistant (she denies it), it was really a retaliation against her after she uncovered the alleged misconduct, including sexual harassment, the voting irregularities, and conflicts of interest among board members. She also denied the organization’s claim that she sought out a $22 million payout to leave quietly.

2.) She claimed she tried to fix the alleged unfair practices of The Recording Academy during her appearance on Good Morning America. After The Recording Academy questioned the timing of Deborah’s allegations, which happened a week after she was put on leave from her job, the former executive explained why she initially chose to stay silent during her Jan. 23 appearance on the show. “I actually wanted to make change from within,” she said in a segment that asked, “Are the Grammys rigged?” “I was trying at each step to take a deep breath and say, ‘O.K., I can make a difference, I can fix this, I can work with this team.’”

3.) The Recording Academy wasn’t her first job in the music industry. Before her CEO gig, Deborah, a longtime New Yorker, worked for high-profile record companies, including EMI, Capitol Records, and SBK Records. She was also trained as a lawyer and served as CEO of the nonprofit foundation, RED, which was founded by U2 frontman Bono, and activist Bobby Shriver, and is aimed at raising awareness and funds to help eliminate HIV/AIDS in eight African countries.

4.) Due to her claims, this year’s Grammy Awards may be affected in more ways than one. 10-time Grammy Award winner, Taylor Swift, 30, cancelled a surprise performance she was set to give at this year’s ceremony on Jan. 24 and although it hasn’t been confirmed whether or not it has anything to do with Deborah’s allegations against The Recording Academy, a music industry insider told Page Six that it’s just one of many troubling things viewers should expect to hear about. “Here’s why I think the ceremony will be troubled — a lot of the artists will feel cheapened if there are voting irregularities around Song of the Year,” the insider explained.

5.) Her father, Thomas M. Dugan, helped to establish the Peace Corps and worked closely with the Kennedys. Deborah seems to get her passion for helping others from her dad. He made an incredible impact before he passed away when Deborah was just six by working on the Peace Corps with politician Sargent Shriver, who was married to Eunice Kennedy Shriver, and is the grandfather of Katherine and Patrick Schwarzenegger. He also worked with Robert Kennedy in the U.S. Department of Justice and Robert even attended his funeral.