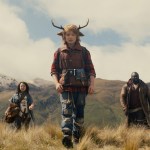 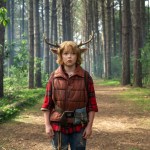 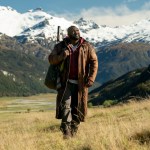 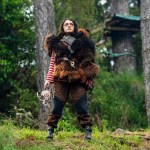 Christian Convery is the next big thing in Hollywood, and he’s only 11 years old. He stars in the new Netflix series ‘Sweet Tooth.’ Here are 5 key things to know about the talented young actor.

Christian Convery is about to captivate millions of Netflix viewers. The 11-year-old stars in Sweet Tooth, launching June 4, as a hybrid deer-boy named Gus, who has spent his life living in his secluded forest home. The series is based on the DC comic book series by Jeff Lemire and executive produced by Jim Mickle, Beth Schwartz, Robert Downey, Jr., Susan Downey, Amanda Burrell, and Linda Moran.

Even though he’s just 11 years old, Christian has already starred in a number of films and TV shows. In addition to his acting talents, he also has some incredible music skills. HollywoodLife has rounded up 5 things to know about Christian.

1. Christian has the leading role in ‘Sweet Tooth.’

Christian plays Gus, who was born part human and part deer. After living a sheltered life in the forest, Gus befriends a wandering loner named Jepperd. They end up going on an extraordinary adventure across what’s left of America after “The Great Crumble.” Along the way, they search for answers about Gus’ origins, Jepperd’s past, and the true meaning of home. Gus and Jepperd also face enemies in this dangerous new world. Christian stars alongside Nonso Anozie as Tommy Jepperd, Adeel Akhtar as Dr. Singh, Will Forte as Gus’ father, Dania Ramirez as Aimee, and Stefania LaVie Owen as Becky.

Christian’s first gig was the TV movie Hearts of Spring in 2016. He was just 6 years old when it came out! He guest-starred on a number of TV shows after that, notably playing young David in Legion. Christian also starred in several holiday TV movies. He starred alongside John Cena in the movie Playing with Fire, as well as Timothee Chalamet and Steve Carell in Beautiful Boy.

3. Christian can play the guitar.

The young actor has a multitude of talents! Christian has posted a number of videos of himself playing the guitar on his Instagram page. He’s played hits by The Foo Fighters, Led Zeppelin, and more.

Christian is a bit of a daredevil! The youngster loves to partake in activities like snowboarding, ziplining in total darkness, abseiling, and more. He’s had so many incredible experiences for just being 11 years old!