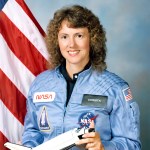 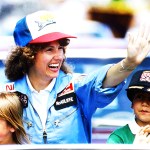 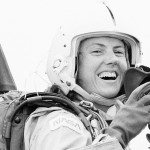 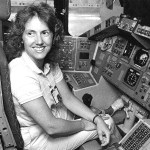 Netflix’s ‘Challenger: The Final Flight’ takes a look back at the Challenger space shuttle disaster. The launch was supposed to make history with bringing Christa McAuliffe, the first private citizen, into space.

Challenger: The Final Flight examines the 1986 Challenger space shuttle disaster, which broke apart just 73 seconds after launching on Jan. 28, 1986. All 7 astronauts onboard the Challenger, including Christa McAuliffe, died when the Challenger broke apart due to faulty O-rings on the solid rocket booster. As a member of the crew, the 37-year-old was a payload specialist, but she was actually going to be the first private citizen to be taken into space.

1. Christa McAuliffe was going to be the first teacher in space. Christa, who was a social studies teacher in New Hampshire, was chosen from more than 11,000 applicants to participate in the NASA Teacher in Space Project. During the 1986 Challenger mission, Christa was going to conduct experiments onboard the shuttle and teach two lessons from space.

2. She is survived by her husband and kids. Christa married Steven J. McAuliffe in 1970. They had two kids, Scott and Caroline, who were just 9 and 6 years when she died.

3. She had to undergo astronaut training before the launch. Christa left for training at Johnson Space Center in Texas in Sept. 1985. During her training, she experienced weightlessness and joined the crew for “simulations of critical phases of the flight,” according to the New York Times. As a private civilian, Christa’s medical examinations weren’t as strict as the other astronauts but she could not have a chronic condition.

4. Her husband and the other families of the crew continue to remember Christa and the other lost astronauts. Steven and the other members of the crew’s families created the Challenger Center for Space Science Education. The Challenger Center uses “space-themed simulated learning and role-playing strategies to help students bring their classroom studies to life and cultivate skills needed for future success, such as problem-solving, critical thinking, communication and teamwork,” the official website says.

5. Her backup became an astronaut. Barbara Morgan trained alongside Christa leading up to the launch. Barbara was in Florida for the launch when the Challenger disintegrated less than 2 minutes into its flight. Twelve years after Christa’s death, Barbara was selected as an astronaut candidate by NASA. She began her training as a full-time astronaut, specifically a mission specialist. Barbara eventually went into space on the STS-118 in 2007.