Caroline Flack, who was the host of ITV2’s Love Island from 2015-2019, died of suicide at the age of 40 on Feb. 15, according to her lawyer. The English host was found dead in her east London flat and shortly after the shocking news made headlines, her family released a statement confirming the tragedy. “We can confirm that our Caroline passed away today. We would ask that the press both respect the privacy of the family at this difficult time,” the statement read.

ITV also released a statement about her death. “Everybody at Love Island and ITV is shocked and saddened by this desperately sad news. Caroline was a much loved member of the Love Island team and our sincere thoughts and condolences are with her family and friends,” an ITV spokesperson said.

Before her sad passing, Caroline had stepped down from her popular host position on Love Island at the end of 2019 after she was charged with assaulting her 27-year-old boyfriend Lewis Burton, a former tennis player she started dating at the beginning of 2019, on Dec. 12, 2019. She denied the charges and was was set to return to court on Mar. 4. Although they were banned from contacting each other after the charges were filed, according to The Sun, Caroline and Lewis were still together at the time of her death.

Here are five things you should know about Caroline and her life.

1.) She dated many popular British hunks, including Prince Harry and Harry Styles. In her 2015 autobiography, Storm in a C Cup, Caroline recalled her short-lived romance with Prince Harry in 2009 and admitted that they never got too serious because of the press. “To meet a prince is so unlikely, it would be weird not to acknowledge it,” she wrote. “However, once the story got out, that was it. We had to stop seeing each other. I was no longer Caroline Flack, TV presenter, I was Caroline Flack, Prince Harry’s bit of rough.”

Caroline’s relationship with Harry Styles, which started in 2011, was the talk of the town due to their 14-year age difference. She was 31 and he was just 17 when their romance took place. It was right around the time Harry was hitting it big with his band One Direction and Caroline also wrote about it in her autobiography. “I already knew that he had a crush on me, he’s made it pretty obvious as he’s said it in magazines and said it to friends,” she wrote. “I’ve never felt I was much older than Harry. I still feel 18 and I probably act that way half the time. Although it was just a bit of fun we decided it was best to keep it to ourselves as we were both working for Simon Cowell.” She also called the relationship a “strange” one.

2.) She’s appeared on many reality television shows. Some of them included I’m a Celebrity…Get Me Out of Here! NOW!, Strictly Come Dancing, and The X Factor.

3.) The abuse allegations against her brought on a negative response by her ex Andrew.The abuse allegations against Lewis elicited another ex, Andrew Brady, to call his past relationship with her “highly toxic”. After the prosecution accused Caroline of hitting Lewis over the head with a lamp while he slept at her north London home in Dec. 2019, Andrew, who was once engaged to Caroline, took to Twitter to share that he was “not surprised” at the news. However, he later deleted the message and posted another one that read, “I hope everyone gets the help they need.” A spokesperson for Caroline quickly responded with a statement. “Any suggestion Mr. Brady has made that our client is in any way abusive would be false and defamatory,” it read. 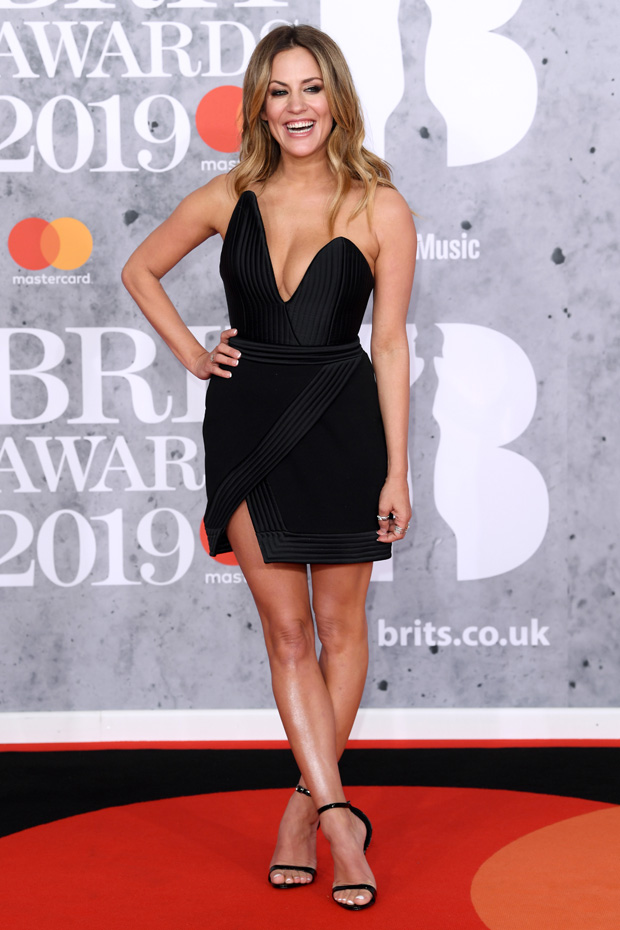 4.) Many of her friends and admirers took to social media after her death to post tributes. Some of them included Laura Whitmore, who took over as host of Love Island after her departure, Amber Davies, Jameela Jamil, and Kelly Osbourne. “It was only a matter of time before the media and a prolonged social media dogpile, hers lasted for MONTHS, pushed someone completely over the edge. Rest In Peace Caroline Flack. This is f***ing horrendous,” Jameel’s heartbreaking tweet read.

5.) Caroline posted an Instagram photo with a dog one day before her death. In the photo, which is a collage of four pictures, Caroline could be seen smiling while posing and playing with what is believed to be her dog. She captioned the pic with a single red heart emoji. Lewis also took to his Instagram story on the same day to wish Caroline a Happy Valentine’s Day by posting a smiling photo of the two of them. “Happy valentines. Love you,” he captioned it.

Our healing wishes go out to all those affected by Caroline’s tragic passing.