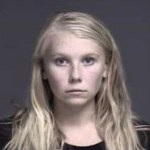 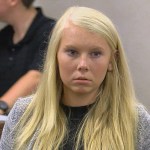 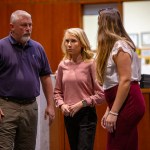 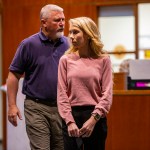 Brooke Skylar Richardson’s trial commenced on Sept. 3, following speculation on whether or not she killed her newborn baby. Here’s what you should know as you follow the trial.

UPDATE (9/5/19, 1:50 p.m. ET): On day two of Brooke Skylar Richardson’s trial, the state alleged that Trey Johnson, now 21, was the father of her baby, according to WCPO Cincinnati. In court, Trey claimed he and Brooke dated for about a month in Aug. 2016 and allegedly they had sex twice — one of those times without protection. He said he was unaware of the pregnancy, and claimed that Brooke blocked him on social media after the relationship. It was previously known that Skylar reportedly began dating a boy at her high school, Brandon, in Jan. 2017 (just months before the birth).

ORIGINAL: Following multiple delays, Brooke Skylar Richardson, 20, finally begun her trial on Sept. 3. That’s two years after she was accused of killing her newborn daughter, Annabelle, and burying the body in the backyard of her parents’ home nearly 48 hours after her high school prom. The former cheerleader was charged with aggravated murder, involuntary manslaughter, endangering children, tampering with evidence and abuse of a corpse, which she has pleaded not guilty to — Brooke has always claimed the baby was stillborn. The charges are serious, and could even land the Carlisle High School alum with a potential life sentence in prison if she’s found guilty. Here’s what else you need to know about the trial that is now gripping America and Brooke’s suburban neighborhood in Ohio.

1. Brooke was arrested in 2017 after police allegedly found the “charred remains” of her newborn baby. In July of 2017, Brooke’s doctor informed police that the recent high school graduate — who was 18 at the time — may have given birth to a stillborn baby, according to People magazine. She had reportedly refused to return calls from her doctor after learning about the pregnancy, according to prosecutors. The doctor’s tip led to a search in her parents’ backyard, where authorities found the alleged “charred remains” of the baby and Brooke was arrested on charges of aggravated murder, involuntary manslaughter, child endangerment, tampering with evidence and gross abuse of a corpse. Brooke herself had showed cops “the shovel she’d used to dig a hole” and “pointed to the grave site between two trees in her parents’ back yard,” according to a long profile in Cosmopolitan magazine published in March 2018.

2. Brooke’s defense is that the newborn was allegedly a stillborn. The former cheerleader’s family reported that Brooke had given birth to a stillborn baby in her bathroom on May 7, 2017, nearly two days after attending prom (she even wore a figure-hugging dress for the occasion). Brooke allegedly “waited for hours for any sign of life” from the baby before the burial, according to her family, which Teen Vogue reported in a Feb. 2019 profile. In August of 2019, Brooke’s attorneys even filed for a motion to drop all of the charges after it became unclear if the baby’s body was actually burned, according to People. Annabelle’s exact cause of death remains a mystery.

3. No one, save for Brooke and her doctor, knew about the pregnancy. Brooke had battled eating disorders leading up to the pregnancy, so her family was actually happy to see the teen put on weight, according to the Cosmopolitan magazine profile. “You have a situation where, you know, she’s a cute high school, recent high school graduate; she was a cheerleader described (as) a good girl by her attorney as you heard after the arraignment. And I think that kind of perception is one that Skylar wanted to perpetuate and her mother wanted to perpetuate,” Prosecutor David Fornshell of Ohio’s Warren County said in a press conference in Aug. 2017, according to a video that Cosmopolitan watched.

4. Brooke was an active high school student. Brooke served on student council, and even volunteered by coaching cheerleading to kids with disabilities and working at the soup kitchen in her senior year of high school, according to Cosmopolitan.

5. Brooke worked at her attorney’s office after her arrest. Brooke, who originally had plans to study psychology at the University of Cincinnati before her arrest, was working part-time at her attorney’s office when Teen Vogue published its profile in Feb. 2019. She was also taking classes at the local community college leading up to the trial, according to the publication.