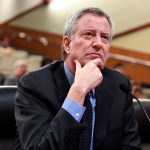 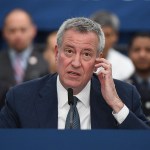 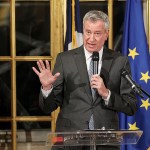 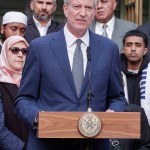 NYC Mayor Bill de Blasio is the latest Democrat to join the 2020 presidential race. Does de Blasio have what it takes to defeat one of his old NY enemies, president Donald Trump? Here’s what you need to know about the mayor.

It’s official: New York City mayor Bill de Blasio, 58, is the 23rd Democrat to announce that they’re running for president against sitting commander in chief Donald Trump, in 2020. de Blasio officially announced his candidacy on Good Morning America on May 16, later following with a video outlining his platform on YouTube, which you can watch above. The mayor faces unique challenges in his campaign. A mayor has never become president in the United States. And de Blasio is not a well-liked mayor in his own city. Here’s five facts about de Blasio to learn now that he could potentially be the next president.

1. His platform focuses on holding the wealthy accountable.“As president, I will take on the wealthy, I will take on the big corporations, I will not rest until this government serves working people. There’s plenty of money in this country, it’s just in the wrong hands,” he said in his campaign video. “Working Americans deserve better and I know we can do it because I’ve done it here in the largest, toughest city in this country,” he added during his Good Morning America interview. de Blasio is also citing his fights against Trump, whom he’s now calling “Con Don,” about immigration and climate change. “I’m a New Yorker, I’ve known Trump’s a bully for a long time,” he said.

He’s also touting his “pre-K for All” platform, which has become his biggest success while in office, as well as various measures that he’s endorsed, including attempts to reduce income inequality in NYC, ending stop-and-frisk by police, which a federal judge ruled discriminated against black and Latino men. Though, he has struggled to see many of his progressive promises come to fruition.

2. His wife, Chirlane McCray, is his top advisor. “But not his only advisor,” he said on GMA. McCray is currently one of his advisors in the mayoral office, and helped him spearhead ThriveNYC, the city’s mental health initiative. The couple have two children: Chiara de Blasio, and Dante de Blasio.

3. He has a long career in politics, in and out of government. He was a liberal activist in the 1980s, even traveling to war-torn Nicaragua to deliver food and medicine to the leftist Sandinistas. He worked at the Department of Housing and Urban Development during Bill Clinton‘s administration in the 1990s, coincidentally under department secretary Andrew Cuomo, now the governor of New York. He even managed Hillary Clinton‘s senatorial campaign in 2000. He went on to rise in the ranks of NYC politics, becoming a City Council member, and the city’s public advocate before becoming mayor in 2014.

4. He faces a major challenge: a mayor has never become president. de Blasio is up against two mayors in the 2020 race — Pete Buttigieg and Wayne Messam — but all three men must face the fact that a mayor has never won a presidential campaign. The only mayor to ever gain a party’s nomination was sitting NYC mayor DeWitt Clinton, in 1812. He challenged incumbent James Madison and lost. Three other NYC mayors have run for president and lost: John Lindsay (1972); Rudy Giuliani (2008); Michael Bloomberg (2016). Bloomberg is flirting with a 2020 run, but has not yet announced.

5. Trump went after him moments after he announced his candidacy. “The Dems are getting another beauty to join their group. Bill de Blasio of NYC, considered the worst mayor in the U.S., will supposedly be making an announcement for president today. He is a JOKE, but if you like high taxes & crime, he’s your man. NYC HATES HIM!,” the president tweeted the morning of May 16. The president’s son, Donald Trump Jr, also weighed in, tweeting, “Rather than do a PR stunt ‘run’ for President (we all know it’s going nowhere) maybe @NYCMayor should clean up his backyard first. This video from this morning should tell you all you need to know about his ‘leadership.’ What a clown show!!!”