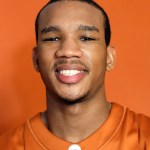 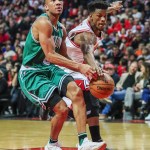 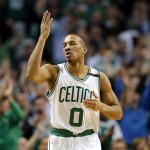 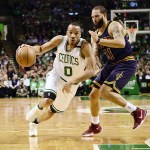 Avery Bradley is said to be on the verge of inking a major deal with the Los Angeles Lakers. As he reportedly preps to sign a 2-year contract with the team, here’s everything to know about the NBA star!

Avery Bradley, 28, is worth some major dough, according to the Lakers! The NBA star is reportedly on the verge of inking a massive 9.7 million dollar deal with the LA sports team, according to ESPN. The athlete, who was previously a former Celtics guard, is reportedly set to sign a two-year deal with Lakers after he clears a few waivers, the publication reports. With everyone chattering about the potential deal, here’s everything to know about the NBA star!

1.He was destined for NBA stardom, and even before heading to the big time he was well-known for playing high school ball. Bradley was ranked as one of the top high school basketball players in his class of 2009 and even led Findlay College Prep to the National High School Basketball championship. Bradley was named National High School Basketball Player of the Year by Parade Magazine, and also notably played in the 2009 McDonald’s All-American Game.

2. He left school to follow his hoop dreams. He attended the University of Texas but left after his freshman season to enter the NBA draft.

5. He’s got some pretty impressive stars under his belt. He played for both the Detroit Pistons and Los Angeles Clippers in the 2017-18 campaign and averaged 15 points per game in his stint with the Pistons. He then played for the Clippers and Memphis Grizzlies last season, averaging 16.1 points in 14 games.