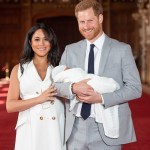 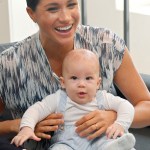 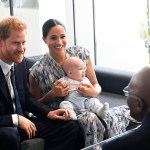 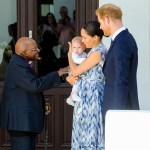 Want to work out like a royal? Arthur Chatto, the ripped 21-year-old son of Lady Sarah Chatto, is now a fitness instructor. Here’s the scoop on this buff blueblood.

It’s not every day that you can learn the proper way to bench press from a member of the British Royal family, but members of BoundFitness in Edinburgh will now have that opportunity. Arthur Chatto, the youngest son of Lady Sarah Chatto, 56, (pictured above) and grandson of the late Princess Margaret, is now working at the Scottish gym. “I’m a level 3 personal trainer,” Arthur wrote on the gym’s Instagram page on Oct. 15. “I specialize in strength and endurance training with a military focus. I was lucky enough to row around the UK this summer! This gave me a lot of experience in training myself and the team to complete the challenging expedition. I’ve found physical training to be an essential cornerstone in improving my own mental health, and I want to share this with others.”

Clearly, Arthur knows what he’s talking about. The young royal has arms the size of tree trunks. But, before fans flock to BoundFitness to sign up for Arthur’s Bound Core on Wednesday mornings (and Bound Bootcamp on Thursday evenings), here’s what you need to know about this young man.

1. Art loves art. There’s a reason why a British royal is now a fitness instructor in Scotland. Arthur enrolled at Edinburgh University to study History of Art, per Vanity Fair. Yes, there is a massive brain along with those massive muscles. So, he could talk about religious themes in Medieval tapestries while people do a round of burpees before hitting the ropes in Bootcamp.

2. He’s 26th in line to the throne. The chances of England seeing a “King Arthur” are very, very, very slim. Arthur is the son of Lady Sarah Chatto, who is the daughter of the late Princess Margaret, the only sister of Queen Elizabeth II. There are 25 people in front of him in the line of succession, and a third of them are young children. It would take a King Ralph-level cataclysm before Arthur ascended to the throne, but judging by his Instagram page, he doesn’t seem to be too upset by that.

Cape Wrath this evening: we’re hoping to round this notorious Noth East most headland with huge swells rolling in from the Atlantic and strong winds combing to make dangerous sea conditions!

We have been testing out @jottnar waterproof trousers in extreme gale force conditions. They have been awesome and kept us dry throughout our row. Thank you so much for supporting us. #gbrow#greatbritishrow#rowaroundgb#gifted

3. He loves adventure. Arthus doesn’t post a lot to his Instagram page (98 posts over the span of five years) but what he does share is pretty amazing. Arthur seems to be quite the outdoorsman. One of his earliest posts shows him ice climbing in Snowdonia, a mountainous region in Northern Wales. He’s also gone scuba diving in the artic, climbed the Matterhorn, and gone diving under icebergs in Iceland and Greenland.

4. Sorry, but it seems that he’s taken. The bad news – for those looking to marry the way into the British royal family – is that it seems Arthur is off the market. After Arthur and three of his mates took part in the GB Row Challenge – a grueling 2,000-mile rowing journey that saw the crew spend 38 days at sea – he was greeted by his mother, father, brother, and girlfriend (and fellow Edinburgh student) Lizzie Friend, per the Tatler. Arthur was able to bask in the glory of completing the trip, while also raising £21,500 for charity

I’ve had a fair few people ask me why it is that I’ve chosen to take on such an extreme challenge that’s seen so few finishers especially in a sport that I’ve got no background in. My interest stems from the last few years spent looking for challenges in the mountains or under the water. I’ve been in search of something that will really test my resolve in order to develop myself and to see how I cope when pushed towards the limits. It’s also been during these adventures and challenges that I’ve encountered glacial retreat in the Alps or plastic pollution in the Arctic. Issues that have become increasingly prevalent even in the course of my short lifetime. It seemed a no brainer to marry up these two by taking part in the epic GB Row Challenge whilst raising money for JustOneOcean. @exe.endurow #training #mountaineering #mountains #environment

5.He’s seen The Crown. “Yes, I have watched it,” Arthur told The Telegraph when asked about Netflix’s The Crown. Helena Bonham Carter portrayed Arthur’s grandmother in season three, and he seemed to give the series his seal of approval. “I guess it’s only an interpretation. So I just kind of remember what they’re actually like and don’t let the TV persona mar my judgment of any of them.”