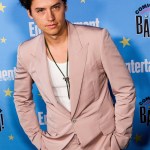 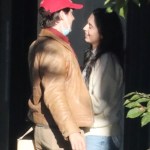 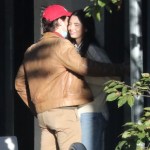 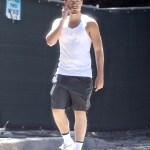 Jughead has a new main squeeze. Cole Sprouse was spotted holding hands with Ari Fournier, so here’s what you need to know about this gorgeous model.

It’s a new year, and it appears that Cole Sprouse has a new woman in his life. Roughly a year after Cole, 28, and his Riverdale co-star Lili Reinhart underwent a “permanent split,” he was spotted getting cozy with Ari Fournier in Canada on Sunday. The couple was spotted holding hands, per Page Six,  sparking rumors of a relationship. This new PDA comes months after reports he was involved with Canadian model Reina Silva after he was spotted taking her out on a date. As Riverdale fans adjust to this news, here’s what you need to know about Ari.

1. When Did Cole Sprouse and Ari Fournier Start Dating?

Rumors of Cole and Ari’s relationship began popping up around February 2021. That relationship was soon confirmed when the two were spotted going on a walking tour in Vancouver, British Columbia, Canada, on Feb. 28. As they strolled through the city’s historic Gastown neighborhood, they linked hands in a romantic gesture. Both Cole and Ari were dressed for the weather, wearing heavy coats and long-sleeved shirts. They also sported protective facemasks to help stop the spread of the COVID-19 virus. As to the exact details of “when” and “where” these two met, that’s still unknown, but judging by the hand-holding pics, things are going well for them both.

2. What Does Ari Fournier Do For A Living?

Ari Fournier is a model. As of March 2021, she’s repped by multiple agencies, including Elite Model Management (who lists her at 5’8” with blonde hair and blue eyes) and Premiere Models. Her Instagram showcases her talent, as she’s shared numerous shots of her looking glamorous on the beach, out in the desert, and other exotic locales. She began modeling at age 15. She was discovered on Instagram, and she signed with an agency.

3. Where Is Ari Fournier From?

Cole’s romance with Ari is an international affair. While he’s an American, she is Canadian. Ari hails from the south shore of Montreal, Quebec, Canada, according to an April 2020 YouTube Q&A.

From a glance at her Instagram, it’s apparent that 1. Ari is a model 2. Ari is gorgeous, and 3. Ari loves horses. She’s posted a few pictures of horses and some shots of her with horses, and there’s a reason for that. “I actually grew up on a farm with horses,” Ari said in that YouTube Q&A. “I grew up riding horses on the countryside. It was just simple. Horses. Dogs and cats. It was the most simple childhood. Honestly, I’m so grateful for that now, because I live such an intense life. I’m really happy that I have a good, grounded upbringing in my life.

Ari is a sorta blogger. She has a YouTube channel that, as of March 2021, only has six videos. Her first vid, the previously mentioned Q&A, was posted in April 2020. Since then, she’s uploaded two beauty tutorials, a Vlog about her life as a model, an exploration into her journey becoming a model, and an August 2020 video where she traveled to Gothenburg, Sweden, for a photoshoot with NA-KD.